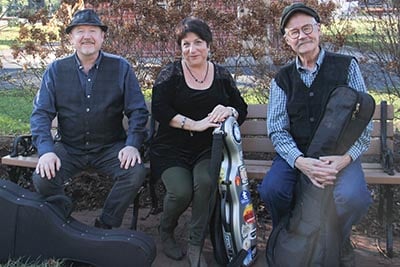 The Beverley Street String Band will perform from 1 to 3 p.m., Sunday, Aug. 21, at Humpback Rocks, milepost 6, on the Blue Ridge Parkway.

The outdoor concert is one of the free Milepost Music sessions offered at popular historical sites in the national park.

Featuring Carr, a Scotsman, the group plays Celtic music with a variety of songs and slow airs, waltzes, jigs, and reels from Scotland and Ireland.

Visitors are invited to bring a chair and sit a while to hear songs and stories about local musical traditions.

Uncle Henry’s Favorites will play the next session at Humpback Rocks from 1 to 3 p.m., Sunday, Sept. 18.

The programs are a collaboration between the Blue Ridge Music Center, Blue Ridge Parkway Foundation, and National Park Service.