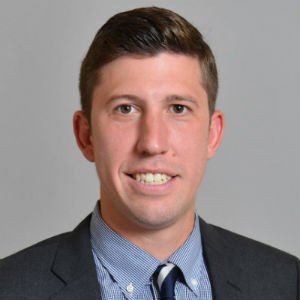 VMI announced Monday that Max Watson has been promoted to the position of head men’s soccer coach.

Watson joined the staff last season and served as an assistant coach and recruiting coordinator for the program.

“We executed a comprehensive search, and were gratified to have current NCAA Head Coaches and other highly accomplished assistant coaches express interest in our opportunity,” said VMI Director of Athletics Dr. Dave Diles.  “However, Max articulated a compelling vision for VMI men’s soccer. His message, excitement for the task and commitment to the long-term positioning of the program set him apart. I have full trust in his leadership.”

Watson came to VMI from Mountain View High School where he was the Head Boys’ Soccer Coach for the spring of 2019. During his tenure, Mountain View posted a 17-4-1 record including a Commonwealth District Championship and a trip to the state tournament. He was awarded both the Commonwealth District Coach of the Year and VHSL Region 5D Coach of the Year by his peers. During this time, Watson also continued his endeavors with Stafford Soccer Club through both on-field coaching and office duties.

“I would like to thank Dr. Diles, and the entire search committee for entrusting me with their men’s soccer program moving forward,” said Watson. “I’m truly honored to be selected as the next head coach at VMI and eager to get started on our vision. Throughout my most recent experiences at VMI, it grew increasingly clear how the University’s inherent goals and mission directly relate to my personal beliefs as a coach. With this strong connection, I look forward to staying at VMI and developing the program into a SoCon contender.”

Prior to Mountain View, Watson was an assistant coach for the University of Mary Washington men’s soccer program for a three-year stint (2015-2018). Active in all aspects of the program at UMW including recruitment, coordinating training sessions, and game day instruction, he helped guide the Eagles to a 41-15-3 overall record highlighted by a Capital Athletic Conference Championship and NCAA Tournament appearance in 2017. Watson was a member of Head Coach Jason Kilby’s staff that earned Coach of the Year honors in 2016 and 2017 for Mary Washington.

While at UMW, Watson worked for both Stafford Soccer Club and Fredericksburg Football Club where his teams won the 2017 EDP Cup Championship, as well as the 2016 US Club Soccer National Championship. He also was the co-head coach at Riverbend High School, managing the Bears to a 23-9-2 record over two seasons (2017-2018).

As a player, Watson was a four-year standout midfielder at Franklin & Marshall College from 2011-2014, leading the Diplomats to three Centennial Conference playoff appearances, two NCAA Tournament bids, and a 55-17-8 record during his career.  He appeared in 71 contests and recorded nine points on two goals and five assists while playing a vital role as a holding midfielder.

Watson earned a Bachelor of Arts degree in business from Franklin & Marshall in 2015 before obtaining a Master of Business Administration degree from Mary Washington in May of 2018.