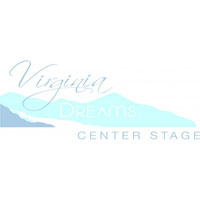 The “Virginia Dreams” of a group of local country-music artists will soon take “Center Stage” on national TV.

“What we hope to do is showcase our local talent to the world,” said “Virginia Dreams Center Stage” host Tim Spears, who announced today that the country-music TV showcase will debut on RFD-TV in January.

RFD-TV is beamed into 42 million households across the United States via cable and satellite TV.

“For every star that comes in, at one time they were a local talent somewhere,” said Spears, who joined “Virginia Dreams Center Stage” in 2009.

The show got going a year earlier with a Christmas TV special put together by Nelson and Rose Swartz, the owners of the Harrisonburg Auto Mall. With the initial success of the Christmas special, “Virginia Dreams Center Stage” spun off on its own as a showcase for local Shenandoah Valley talent broadcast on the Harrisonburg-based ABC affiliate WHSV.

The formula has proven successful.

“The show has just taken off,” said Spears, citing the show’s 6.7 local Nielsen rating as evidence of the foothold that “Virginia Dreams” has gained as it heads toward its fourth season on WHSV.

In a nice little personal twist for Spears and the cast, “Virginia Dreams Center Stage” will serve as a lead-in for reruns of the country-music TV classic “Hee Haw” when it debuts on RFD-TV on Sunday nights in January.

“I used to sit with my granddaddy and watch ‘Hee Haw’ on Saturdays and Sunday afternoons,” Spears said. “Sitting back as a 12-, 13-, 14-year-old kid, watching the stars, Buck Owens, Roy Clark, so forth, on ‘Hee Haw,’ and knowing I wanted a career in country music, I never expected to be tied to their show on national television.”