Life circle of the Bitcoin cryptocurrency 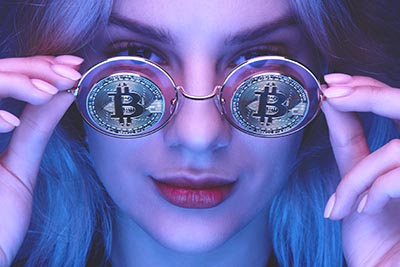 It’s been more than a decade when cryptocurrencies were first presented to the digital market. There is a long list of cryptocurrencies that are being used in the trading market. Some have been a part of the dust and some are still being used as gold mist.

Out of all the cryptocurrencies, Bitcoin stands out on the topmost position because of its novel and unique characteristics. It was first presented theoretically in the year 2008 by Santoshi Nakamoto, and it was available for public use in the year 2009. Just like most of the cryptocurrencies, Bitcoin currency also works on a mathematic algorithm and is controlled by an automated operating system.

Bitcoin cryptocurrency has no central controlling system, and it works totally independently, There is a huge bulk of Bitcoin circulating in the market nowadays. Cryptocurrency like Bitcoin has come a long way and irrespective of all the hurdles it maintained to survive in the digital market.

From the day Bitcoin was invented it has gained a lot of attention from electronic and social media. A large population of traders and online dealers are using Bitcoins as the primary source of their transactions payments and billing. The trading value of Bitcoin cryptocurrency is not a constant thing, and it kept on changing depending upon a number of confounding factors.

Bitcoin cryptocurrency has faced many ups and downs throughout its journey. At the end of the day, Bitcoin remains the most prioritized cryptocurrency by the traders, trading analysts, and critics. Learn more about this bitqt app platform.

The trading market is a huge word. It has its own mysteries and secrets. The digital trading market has a number of life phases. Irrespective of the nature of the market the detail of these cycles remains the same for every type of trading market.

Any cryptocurrency for example Bitcoin goes through a number of stages throughout the circulation in the market. A detail of these phases is explained below.

The first phase is actually the start of a new era for Bitcoins. This phase comes after the Bitcoin cryptocurrency has faced one of its hard times. This phase is a time when traders and other online investors start buying Bitcoins at a much faster and effective pace. In this phase is it is expected that the values of the Bitcoins will increase.

The second phase is the stalking up step. It starts when the market become stable and the trade values of the Bitcoin cryptocurrency start to increase gradually over time. This phase can be a tough time for the stakeholders because the price and values of the Bitcoins can go up or down at any time as cryptocurrency is the most unpredictable thing in the digital market.

Distribution phase is a golden time for sellers, as at this time the prices go high, and then start coming back to a low level thus dropping for the second time.

What is the future?

The future of the Bitcoin cryptocurrency and the trading market is very unpredictable. But this cannot be denied that Bitcoin is the new big thing, Just as the internet has taken hold of all over the world,  the same can be expected from Bitcoin. It will be a time when all the mainstream and measure organizations and ventures will start accepting and receiving Bitcoin cryptocurrency as a primary source of payments. This trend has already been started by a number of gaming agencies and some major ventures like PayPal. The partnership between PayPal and Bitcoin is the start of a new era. The rates of Bitcoin cryptocurrency increased to $1,000 USD after the announcement of PayPal working with Bitcoin. It is expected that the proper working between PayPal and cryptocurrency will be started from the mid of the year 2021.

Concluding the whole discussion we can say that Bitcoin passes through a number of phases in its life.  Every phase is of great importance and every Bitcoin has to go through them.  It is the responsibility of the investor to do to right investment at the right phase.