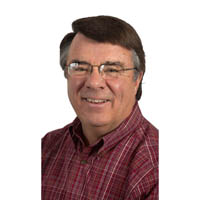 How goes it without saying (Trischman’s Paradox) – a pipe gives a wise man time to think and a fool something to stick in his mouth.

I wisely don’t smoke a pipe, but am not smart enough to realize, until now, that I missed April Fools Day by a day. I did learn long ago that it’s impossible to make anything foolproof, including this column, because fools are so ingenious.

And, since fools rush in while angels wisely fly away, this foolish lad will try to make up for lost time by asking a series of questions that probably don’t deserve answers . . .

What was the ichthyologist doing at the local archives? Looking for micro fiche.

I wanted to be a urologist, but I wasn’t good enough. Why? I guess urethra got it or you don’t.

Are biscuits and speeches better when made with shortening? (Foolish question . . .).

Is diplomacy the art of letting someone have your way?

Q: What’s worse than finding a worm in your apple?

A: Finding half a worm.

Why is the third hand on a watch called the second hand?

Let’s take a breather, only to wind up with this squeeze play . . .

What if there were no hypothetical questions?

How is it one careless match can start a forest fire, but it takes a whole box to start a campfire?

Can you get cornered in a round room?

Is “happily married” an oxymoron? How about “Sweet Tarts”?

Is it possible to be totally partial?

Is Marx’s tomb a communist plot? Don’t Russian to answering that.

It is too late to give back my tax cut and keep my Social Security?

If a word is misspelled in the dictionary, how would we ever know?

Why do tug boats push their barges?

Why do we sing “Take me out to the ball game” when we are already there?

Why are they called “stands” when they are made for sitting?

Why is it called “after dark” when it really is “after light”?

Why are a “wise man” and a “wise guy” opposites?

Why do “overlook” and “oversee” mean opposite things?

Why is “phonics” not spelled the way it sounds?

If work is so terrific, why do they have to pay you to do it?

If all the world is a stage, where is the audience sitting?

If love is blind, why is lingerie so popular?

Why do you press harder on the buttons of a remote control when you know the batteries are dead?

Why do we put suits in garment bags and garments in a suitcase?

Why do we drive on a parkway and park on a driveway?

How come abbreviated is such a long word?

And the ultimate question – you just knew there had to be one: What’s the first thing you know? Answer: Old Jed’s a millionaire.

Put that in your pipe (or bubble blower). Just don’t inhale.

Jim Bishop answers questions that no one’s asking as public information officer at Eastern Mennonite University. Query him, if you must, at bishopj@emu.edu.