How technology has changed gaming 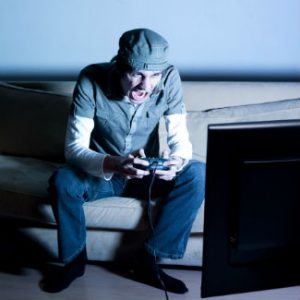 Gaming has been the center of attention ever since the invention of the computer. The earliest game that is known is the game of tic tac toe, which was developed in 1950, by Josef Kates. Since then, gaming has evolved as technology has progressed. Games back in the day were usually played on a black screen and they were mainly used for lab experiments and they did not have any market for the general audience because they were large, bulky and very expensive.

As the technology improved and it got into the hands of the more and more general audience. The gaming industry started to emerge. Many companies devoted their time and effort to making machines that ran multiple games. These machines were called gaming consoles and it allowed users to play multiple games using their consoles and it allowed an entire generation of gamers to flourish.

As the technology improved over time, the gaming industry flourished, the new technology allowed game developers to make games that are more graphics intensive and offered a richer and more surreal experience in their games. Games like these were the prime reason that many people got into the habit of gaming regularly, and that audience was responsible for the entire gaming industry.

Games today have become such an important part of the community that there are international gaming tournaments that are held around the world and many teams and individuals have made complete careers in gaming. Competitive gaming is such a big sport around the world that it has made an industry of its own. Many companies make products that are primarily made and marketed towards gamers. The companies that make games and the companies that make the machines that are needed for these games have been working together for many years to develop and sell products that support each other so both companies can benefit from each other.

Since gaming has become an international sport there has been an increasing number of fans that use websites to bet at home and enjoy the game even more. Many companies provide betting on different games so that you can bet on your favorite games and enjoy the sport even more.

Games that are being played today are so much machine dependent that they can only work on certain machines that have the required configurations. Technology has played a major role in making the gaming industry as big as it is today. The advancements of technology have been a major source of inspiration for making new games. The game developers are making games that are depended on the latest machines and technology that is available in the market today, we can safely say that as long as there is new technology emerging in the market, the game developers will find a way to use the new technology into their games.

Gaming In The Future

As technology is increasing day by day, the gaming industry and the industries related to it are also growing. One of those companies is stave.myprobet.com which allow their users to bet on all sort of games and win prizes and money by betting on multiple games. Everything written about this article represents only our personal opinions.