How Hokies helped after Hurricane Harvey 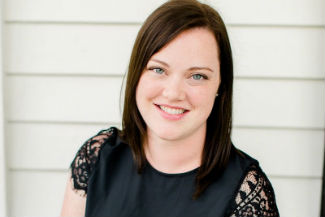 One of the affected neighborhoods was Briarhills in west Houston, where Virginia Tech alumnus Alec Luong, who graduated from the College of Architecture an Urban Studies in 2009, serves as president of the property owners association. The neighborhood sits at the foot of Barker Dam, which began releasing water during the storm. As the water rose, eventually reaching seven feet, Luong tried to coordinate efforts to supply neighbors with information and assistance. But when the office manager’s house flooded, the association lost access to its website.

Enter a Virginia Tech connection. Luong reached out to Jessica Bowling Goddard, a College of Architecture and Urban Studies graduate from 2008 and a friend from his days on the Blacksburg campus. Since graduation, Goddard had relocated to Fort Mill, South Carolina, where she opened MOOSH Creative, a website-building business.

Luong asked Goddard if she could build a website to get information to residents, solicit and organize volunteers, and to funnel potential donors to the neighborhood’s GoFundMe site.

Goddard not only took on the project, which resulted in the website https://rebuildbriarhills.org/ , she completed it by the end of the long Labor Day weekend. And she did it all for free.

Even as a Hokie grounded in the ethic of Ut Prosim (That I May Serve), Luong was still stunned by Goddard’s rapid response.

“It had been an emotional week for everyone, but it brought me to tears to know that she did this for us this quickly for nothing,” Luong said. “Our website is up and running now. We’ve been able to reach out to the community through our website and have more volunteers than we know what to do with. We’re able to direct resources to those who need it now and preserve other resources for those who will need it once the waters recede.

“I’ve seen ‘Hokies United’ time and again since 2007, but this is the first time that it has personally sunk in what that means. Jessica truly exemplifies what this means,” Luong said.

For Goddard, it was a way to do something meaningful in response to the suffering caused by the storm.

“I had made a couple of donations to charity, but I wanted to help in a hands-on way, to know where the impact was,” Goddard said. “Just talking to him on the phone, I could tell how much it meant to him that I was willing to do this. It’s knowing that I’m making this difference.”

For Luong and his neighbors right now, in the aftermath of Hurricane Harvey, it’s everything.

“Being able to serve others without question is huge,” Luong said. “To be able to ask someone to do something, and hear, without question, ‘Absolutely, let’s get it done,’ is incredible.”