Gun reform top issue for LGBTQ Americans ahead of 2018 midterms 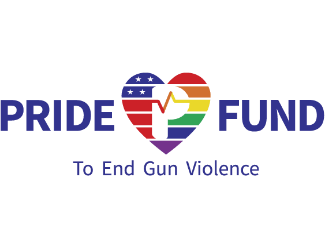 Gun reform is the most important issue for LGBTQ Americans in this election year, according to a new poll that’s the first comprehensive look at the views of the LGBTQ community on the issues of guns and gun reform.

Among its findings, the survey reveals that LGBTQ Americans overwhelmingly support commonsense gun safety laws, such as expanding universal background checks, banning assault weapons, and banning large capacity magazines and that their views will impact their vote this November.

“Gun reform is on the ballot this November and is the most important issue for LGBTQ Americans heading into the 2018 midterm elections,” said Jason Lindsay, Pride Fund’s executive director and a gay Iraq War veteran. “Republicans who refuse to act on gun reform and instead take NRA blood money should take note that the politically active LGBTQ population is motivated on this issue and ready to vote you out.”

Gun reform is the most important issue to LGBTQ voters (19%) ahead of the November 2018 election, exceeding even healthcare (16%) and the economy (13%)

“Following the Pulse tragedy where 49 Americans were killed at a gay nightclub, I founded Pride Fund to End Gun Violence to mobilize the gay community in the fight for gun reform and elect candidates who will champion gun safety and who would act to advance LGBTQ equality,” Lindsay said. “The LGBTQ community is often the victim of hate crimes, so it’s not surprising that there’s overwhelming support for gun reform. This poll reaffirms that Pride Fund’s mission resonates, and it underscores just how critical our work is given the current political environment.”

The nationwide survey, by Whitman Insight Strategies in association with Pride Fund, was conducted from May 24, 2018 to June 2, 2018. The poll was conducted among a cross section of 880 self-identified LGBTQ adults.

Pride Fund to End Gun Violence is a political action committee that operates at the intersection of commonsense gun reform and LGBTQ equality to ensure that the best elected officials are at the table protecting all Americans. As the nation’s only LGBTQ political organization solely focused on gun violence prevention, Pride Fund is uniquely positioned to appeal directly to a segment of America that has largely been ignored in the gun violence prevention movement.

Pride Fund has raised the profile of this important issue within the LGBTQ community due to its extensive outreach, education and engagement in the gay community. Within its first two years, Pride Fund has grown to over 80,000 committed supporters who advocate and mobilize to elect candidates who support commonsense gun reform and LGBTQ equality.

“Our community has mobilized again and again on key policy issues and has played a key role in winning political and legal battles such as achieving marriage equality, repealing “Don’t Ask, Don’t Tell” and the government response to the AIDS epidemic. The results from this poll make it obvious that gun reform is the next battle for our community, a battle we will ultimately win,” said Lindsay.