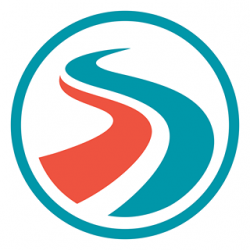 Average retail gasoline prices in Virginia have risen 7.1 cents per gallon in the past week, averaging $2.45/g yesterday, according to GasBuddy’s daily survey of 4,081 gas outlets in Virginia. This compares with the national average that has increased 4.7 cents per gallon in the last week to $2.60/g, according to gasoline price website GasBuddy.com.

Areas near Virginia and their current gas price climate:

“The jump at the pump has continued unabated over the last week as oil prices have rallied and the typical spring fever starts to grip energy markets, causing gas prices to continue to accelerate,” said Patrick DeHaan, head of petroleum analysis for GasBuddy. “The Great Lakes led the region as the region cycled one step closer to the final summer-spec gasoline in the last week, and with the change, a price rise that was passed on from the wholesale to retail level, pushing their prices to tie for the highest prices in a couple years. Much of the rest of the country also saw prices rise, albeit a tamer rise. As March wraps up, gas prices are going out like a small lion, but there may be a larger lion looming in the weeks ahead. The surge at the pump is by no means over just yet.”

GasBuddy is the technology company changing the way more than 75 million consumers find, purchase, and save money on gasoline. Founded in 2000, the original GasBuddy website was a pioneer in crowd-sourced information, leveraging technology, big data, and a passionate community that now connects more than 70 million users with real-time, accurate fuel pricing information as well as reliable reviews of gas station amenities and services. The app and website have the most accurate and real-time fuel prices at over 140,000 unique stations in the United States, Canada, and Australia and is the most comprehensive money-saving companion while on the road. GasBuddy is available on all mobile platforms. For more information, visit www.gasbuddy.com.