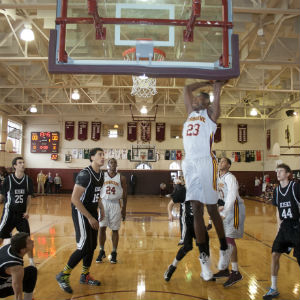 Fishburne was ranked fourth in the rankings released this week. Brewster Academy begins the season at #1. Northfield Mount Hermon, which has knocked the Caissons out of the National Prep Championships each of the past two years, is #2, with in-state rival Hargrave Military Academy at #3.

Fishburne begins its 2013-2015 season on Sunday against the Virginia Tech club team at home on campus at FMS. Tip-off is at 2 p.m.