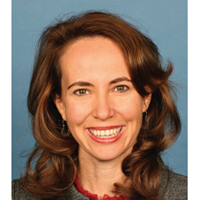 An Arizona congresswoman was among 18 people shot at an event outside a Tucson grocery store Saturday morning. Six people, including a federal judge who was a University of Virginia Law graduate, were killed in the shootings, but the congresswoman, Democrat Gabrielle Giffords, has undergone surgery and is in critical condition from a reported gunshot wound to the head.

Authorities have a man in custody in connection with the shootings – identified as Jared Lee Loughner, 22. A YouTube channel linked to Loughner featured a text-based video with a rambling rant about currency and what he called “conscience dreaming.” The page listed among Loughner’s favorite books The Communist Manifesto and Mein Kampf.

The judge killed in the shooting, John Roll, received a masters of laws degree from UVa. in 1990. A nominee of George H.W. Bush, Roll had served on the federal bench in Arizona since 1991.

Giffords was apparently shot from point-blank range. She had been scheduled to hold a constituents event at the grocery store when shots rang out around 10 a.m., the scheduled start time for the event, according to a schedule on the congresswoman’s website.

Just two days ago, Giffords had joined with other members of Congress in a reading of the Constitution on the House floor. She took over for Sixth District Congressman Bob Goodlatte in the reading. Goodlatte, in a statement, said it had been his privilege to yield to Giffords to read the First Amendment.

“Today she and those participating in her ‘Congress on the Corner’ event were exercising their First Amendment freedoms. It is unconscionable that anyone would take violent action to deprive someone of their life or liberty,” Goodlatte said in the statement.

Fifth District Congressman Robert Hurt said in a statement that he was “deeply saddened to hear of the tragic shootings of Rep. Giffords, members of her staff, and other victims in Tucson, Arizona today.”

“Our prayers are with Rep. Giffords and her family, her staff, and all of the victims who were affected by this horrific act of violence that has absolutely no place in our society,” Hurt said.

President Barack Obama called the mass shooting “a tragedy for Arizona and a tragedy for our entire country.”

“What Americans do at times of tragedy is to come together and support each other. So at this time I ask all Americans to join me and Michelle in keeping all the victims and their families, including Gabby, in our thoughts and prayers. Those who have been injured, we are rooting for them. And I know Gabby is as tough as they come, and I am hopeful that she’s going to pull through,” Obama said.

Giffords is in her third term representing Arizona’s Eighth Congressional District. She won a close re-election campaign in November against a Tea Party-endorsed candidate.