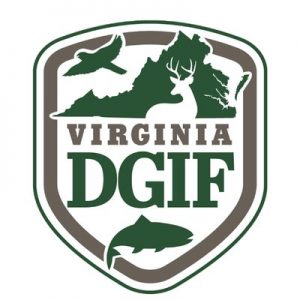 The Virginia Department of Game and Inland Fisheries is seeking public comment on a draft of a potential regulation to provide protection for migratory bird species in the Commonwealth.

This proposal is designed to backstop the federal Migratory Bird Treaty Act following the Trump Administration’s rollback of historic incidental take protections. This proposal would make Virginia one of the first states in the nation to adopt such protections after a 2017 opinion by the Solicitor of the United States Department of the Interior removed safeguards that had been relied upon by the states to protect migratory birds nationwide.

Gov. Ralph Northam announced the regulation last month, when he unveiled a set of migratory bird conservation actions related to the construction of the Hampton Roads Bridge Tunnel. In addition to posting the potential regulation, DGIF has posted a webpage to detail progress on the habitat creation efforts.

The discussion draft is intended to solicit public feedback that will be useful to DGIF in further development of a formal regulation to be considered by the Board of Game and Inland Fisheries. It establishes the framework for a permitting system for development activities that can have impacts on migratory birds and threatened and endangered species. This permitting system envisions a general permit for most activities, and individual permits with tailored conservation plans for more complicated projects.

Comments will be accepted on the discussion draft through DGIF’s website for the next 45 days, after which the agency will use feedback received to further refine a draft regulation for consideration by the Board.

The Board will thereafter follow its normal regulatory process, including an additional public comment period following proposal of any regulation and opportunities for public comment at meetings where regulatory action is contemplated.

“For the last 100 years, states have relied upon federal protections under the Migratory Bird Treaty Act to help conserve of bird populations,” said Secretary of Natural Resources Matthew J. Strickler. “The Trump Administration’s failure to protect our environment has once again made it necessary for states to step up and fill the leadership vacuum, and I am proud of the steps Virginia is taking.”

“Nationwide, we are losing our bird species at an alarming rate,” said Ryan Brown, Executive Director of DGIF. “Enactment of protections for the birds that contribute to the Commonwealth’s biodiversity and enhance our quality of life should be a key priority of all wildlife enthusiasts in Virginia.”