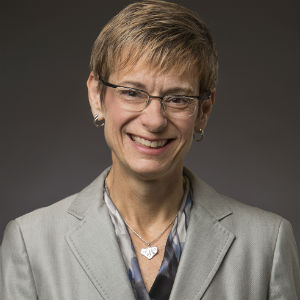 The Maxine Platzer Lynn Women’s Center has selected Cornell University President Elizabeth Garrett to receive the University of Virginia’s 2016 Distinguished Alumna Award. A 1988 graduate of UVA School of Law, Garrett will receive the award and speak on Grounds in April.

In his nomination of Garrett, Law School Dean Paul Mahoney cited achievements such as her record of legal scholarship and public service on issues of democracy, legislative process and tax reform; the positive impact of her leadership as provost at the University of Southern California; and the vision of higher education she has begun to articulate since beginning her term as Cornell’s first woman president in July 2015.

Prior to serving as provost at U.S.C., Garrett was a professor at the University of Chicago School of Law with visiting professorships at several esteemed law schools, including UVA and Harvard University. Early in her career, Garrett served as a clerk for U.S. Supreme Court Justice Thurgood Marshall and as legislative director and tax and budget counsel for Sen. David L. Boren from her home state of Oklahoma.

UVA’s Distinguished Alumna Award was established in 1991 to honor alumnae whose contributions at the highest level have brought about progress in a wide range of fields, including medicine, economic development and civil rights. Janet Napolitano, former governor of Arizona and now president of the University of California; Kathryn Thornton, former NASA astronaut and currently a professor in the UVA School of Engineering and Applied Science’s Department of Mechanical and Aerospace Engineering; and Dr. Vivian Pinn, former director, now retired, of the National Institutes of Health’s Office of Research on Women’s Health are among UVA’s Distinguished Alumna recipients over the past 25 years.

Faculty, students and administrators from across the University will gather April 29 for events to honor Garrett, including a luncheon at which she will offer a keynote address and discussion of leadership in higher education.