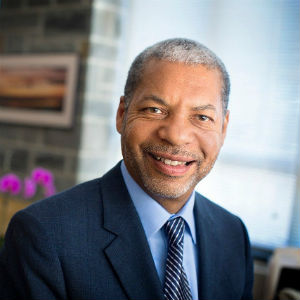 Lance R. Collins, the dean of engineering at Cornell University, has been selected as the inaugural vice president and executive director of Virginia Tech’s new Innovation Campus in Alexandria.

Virginia Tech President Tim Sands announced the hiring of Collins, who has led Cornell’s college of engineering since 2010, on Monday.

Collins was a key member of the leadership team that successfully bid to partner with New York City to build Cornell Tech, which opened its Roosevelt Island campus in 2017.

“Lance Collins is a world-class leader with impeccable credentials, a commitment to collaboration, and experience scaling up both an undergraduate student talent initiative and a new graduate campus in an urban area,” Sands said. “He’s the ideal person to build on our momentum and launch a campus in the greater Washington, D.C., area that will expand the pool of tech talent and lead our exploration of the human-computing frontier.”

The Innovation Campus was part of the state’s successful effort to attract Amazon’s HQ2 to Northern Virginia. Virginia Tech’s plan to build a graduate-level campus in Alexandria and to add at least 2,000 more undergraduate students studying computer science and computer engineering in Blacksburg have been cited as key reasons that Amazon opted to build its second headquarters in Arlington.

Collins, who joined Cornell in 2002, will start at Virginia Tech on Aug. 1 in advance of the inaugural class starting in the fall 2020 semester.

“I’m energized by the opportunity to build a campus from the ground up in the burgeoning National Landing district,” Collins

said. “Our inaugural students, faculty, and new and developing partners will collaborate to advance technology to meet societal needs rather than allowing technology to define our lives,” Collins said. “Virginia Tech’s delivery team, under Founding Managing Director Brandy Salmon’s leadership, has established an innovative and effective foundation for the campus. I look forward to working with Brandy and the team to move forward aggressively and with purpose.”