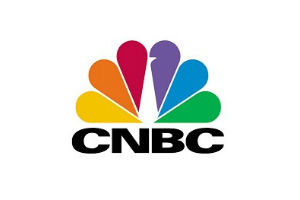 Virginia is back at the top of the list in the CNBC Top States for Business, the fourth time the Commonwealth has taken the top spot.

The CNBC study scores all 50 states on 64 metrics across 10 categories of competitiveness. The methodology grades the states based on the qualities they deem most important in attracting business. To do that, CNBC assigns a weight to each of the ten categories by analyzing every state’s economic development marketing materials. The more frequently a selling point appears, the more weight it carries in the study.

The CNBC review had Virginia boasting the nation’s best workforce, including the fourth-highest concentration of science, technology, education and math (STEM) workers, and ranked Virginia’s education system the best in the nation.

“Virginia has come back in a big way by focusing on what businesses prize most these days—workforce,” said CNBC Special Correspondent Scott Cohn. “The state is also cutting red tape. It doesn’t hurt that the U.S. defense budget is rising—military spending accounts for a larger portion of the economy in Virginia than in any other state.”

CNBC Digital offers a detailed analysis of how Virginia claimed the top spot including a complete economic snapshot (employment, budget, tax and housing data).  The rankings for all 50 states are available at topstates.cnbc.com.  In addition, the site also has exclusive stories, lists and videos including the best and worst states to live in, the least and most expensive states in 2019, among others.

“Both of these projects embody the issues we explore in our Top States coverage every year, including the push and pull between economic development and taxpayer dollars,” Cohn said.