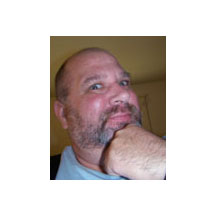 Welcome to my world and join me on another adventure and educational trip. Hello, readers, and those in the need to know. I have been feeling poor lately with various symptoms that first led to my brain stem stroke. My most recent MRI revealed that my basilar and vertebral artery are void of flow. So I am a walking typing zombie right now. OK, I know, what’s new.

My GP has been doing and excellent job managing my vascular disease, but it was time for me to go to the Veterans Clinic in Harrisonburg for my yearly inspection. Part of this examination was a urinalysis administered by this clinic. The results showed that although it was a clear sample, I had microscopic red blood cells in my urine. What had the government doc dismayed were no signs of infection or anything in my blood count that would be a cause.

Now that we have a background, hematuria is blood in the urine. I have no pain in any manner. I have had kidney stones in the past, and I can tell you right now, there is no stone caught anywhere.

According to the Mayo Clinic (http://www.mayoclinic.com/health/blood-in-urine/DS01013), seeing blood in your urine can cause more than a little anxiety. Yet, blood in urine isn’t always a matter for concern. Strenuous exercise can cause blood in urine, for instance. So can a number of common drugs, including aspirin. But urinary bleeding can also indicate a serious disorder.

Anxiety indeed. Urine RBC/HMF cells do have a normal range of 0-5 HPF. Mine was at 29. I was concerned and called my GP for an immediate verification. The next day it was discovered I did not have the number 29, but it was now doubled. Great graham crackers!

Next stop, Augusta Health Center for the urologist. Again it was verified I had an unusually high amount of red blood cells in my urine.

Now for some pre information. There are two types of blood in urine. Blood that you can see is called gross hematuria. Urinary blood that’s visible only under a microscope is known as microscopic hematuria and is found when your doctor tests your urine. Either way, it’s important to determine the reason for the bleeding.

Treatment depends on the underlying cause. Blood in urine caused by exercise usually goes away on its own within one or two days, but other problems often require medical care.

The visible sign of hematuria is pink, red or cola-colored urine — the result of the presence of red blood cells. It takes very little blood to produce red urine, and the bleeding usually isn’t painful. If you’re also passing blood clots in your urine, that can be painful. A lot of times, though, bloody urine occurs without other signs or symptoms.

In many cases, you can have blood in your urine that’s visible only under a microscope (microscopic hematuria).

When to see a doctor
Although many cases of hematuria aren’t serious, it’s important to see your doctor any time you notice blood in your urine. Keep in mind that some medications, such as the laxative Ex-lax, and certain foods, including beets, rhubarb and berries, can cause your urine to turn red. A change in urine color caused by drugs, food or exercise usually goes away within a few days. However, you can’t automatically attribute red or bloody urine to medications or exercise, so it’s best to see your doctor anytime you see blood in your urine.

In hematuria, your kidneys — or other parts of your urinary tract — allow blood cells to leak into urine. A number of problems can cause this leakage, including:

§ Urinary tract infections. Urinary tract infections are particularly common in women, though men also get them. They may occur when bacteria enter your body through the urethra and begin to multiply in your bladder. The infections sometimes, though not always, develop after sexual activity. Symptoms can include a persistent urge to urinate, pain and burning with urination, and extremely strong-smelling urine. For some people, especially older adults, the only sign of illness may be microscopic blood.

§ A bladder or kidney stone. The minerals in concentrated urine sometimes precipitate out, forming crystals on the walls of your kidneys or bladder. Over time, the crystals can become small, hard stones. The stones are generally painless, and you probably won’t know you have them unless they cause a blockage or are being passed. Then, there’s usually no mistaking the symptoms — kidney stones, especially, can cause excruciating pain. Bladder or kidney stones can also cause both gross and microscopic bleeding.

§ Enlarged prostate. The prostate gland — located just below the bladder and surrounding the top part of the urethra — often begins growing as men approach middle age. When the gland enlarges, it compresses the urethra, partially blocking urine flow. Signs and symptoms of an enlarged prostate (benign prostatic hyperplasia, or BPH) include difficulty urinating, an urgent or persistent need to urinate, and either gross or microscopic bleeding. Infection of the prostate (prostatitis) can cause the same signs and symptoms.

§ Kidney disease. Microscopic urinary bleeding is a common symptom of glomerulonephritis, which causes inflammation of the kidneys’ filtering system. Glomerulonephritis may be part of a systemic disease, such as diabetes, or it can occur on its own. It can be triggered by viral or strep infections, blood vessel diseases (vasculitis), and immune problems such as IgA nephropathy, which affects the small capillaries that filter blood in the kidneys (glomeruli).

§ Cancer. Visible urinary bleeding may be a sign of advanced kidney, bladder or prostate cancer. Unfortunately, you may not have signs or symptoms in the early stages, when these cancers are more treatable.

§ Inherited disorders. Sickle cell anemia — a chronic shortage of red blood cells — can be the cause of blood in urine, both gross and microscopic hematuria. So can Alport syndrome, which affects the filtering membranes in the glomeruli of the kidneys.

§ Kidney injury. A blow or other injury to your kidneys from an accident or contact sports can cause blood in your urine that you can see.

§ Medications. Common drugs that can cause visible urinary blood include aspirin, penicillin, the blood thinner heparin and the anti-cancer drug cyclophosphamide (Cytoxan).

§ Strenuous exercise. It’s not quite clear why exercise causes gross hematuria. It may be trauma to the bladder, dehydration or the breakdown of red blood cells that occurs with sustained aerobic exercise. Runners are most often affected, although almost any athlete can develop visible urinary bleeding after an intense workout.

That’s enough to take right now, huh? What my point is, follow me through the entire process of discovery. Right now, my symptoms have been weight loss for no reason, tired and lethargic and wacky insulin numbers. I have no pain, nor do I have an out of range blood parameter. I want you to learn from my mistakes or misgivings. It does not hurt when you go to your physician to ask for urine test. It is performed right there in minutes. Having this knowledge, you are armed to do battle and persevere.

Now my next sheet of urology orders is for a CT abdomen/pelvis with and without IV contrast. IVcontrast? That means a needle. No solid foods four hours prior to 3:34 pm. I am likely to starve. I am then slotted for a cystoscope.

Next article, I shall describe what a CT does, shows and what is seen in me for you readers to know. Including the cystoscope, that I do believe was engineered during the Spanish Inquisition. Until then, ciao.