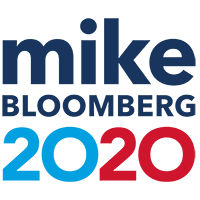 The Bloomberg campaign announced Wednesday that it is bringing on Bolling as a senior political adviser.

Bolling was named in November as the new head of McAuliffe’s PAC, as talk has intensified that the former governor is ramping up for another run in 2021.

But in the interim, Bolling, a VCU alum, will be advising Bloomberg, who is running strong in Virginia two weeks out from the March 3 Democratic presidential primary.

A Monmouth University poll released on Monday has Bloomberg and Vermont Sen. Bernie Sanders tied among Virginia voters atop the crowded field.

“This campaign is building a broad coalition of voters ready to take on and defeat Donald Trump in November,” said Bolling, whose experience in Virginia politics includes work on the campaigns of U.S. Sens. Mark Warner and Tim Kaine, the current governor, Ralph Northam, and the presidential campaigns of Barack Obama and Hillary Clinton.

“Mike Bloomberg is the candidate with the resources, experience, and record to win in November. We are confident that we are building the infrastructure necessary to succeed in the Commonwealth on March 3rd,” Bolling said.