Our expert tipsters have scoured the NBA markets to find the picks, tips and betting advice to ensure that the 2022/23 season is a profitable one for you. With their advice and insights, you can get ahead of the game by finding out the latest predictions for the 2022/23 season.

This page details everything you need to know about making NBA bets and picks, so you can bet with confidence. Read on to find out more.

Currently, the NBA is in the off season. With the new campaign set to get underway in October, ensure you return to this page for regular updates. We will have NBA picks and predictions for each round of games, so you are kept in the loop.

The Golden State Warriors stormed to victory over the Boston Celtics in the NBA Finals in 2022. However, the best online sportsbooks in the US are seeing the Championship race differently for the 2023 NBA title, with the Celtics and the Suns currently leading the market.

Our seasoned handicappers will give you the full lowdown of what to expect throughout the campaign. We have an in-depth knowledge of the game and here are our expert NBA picks. 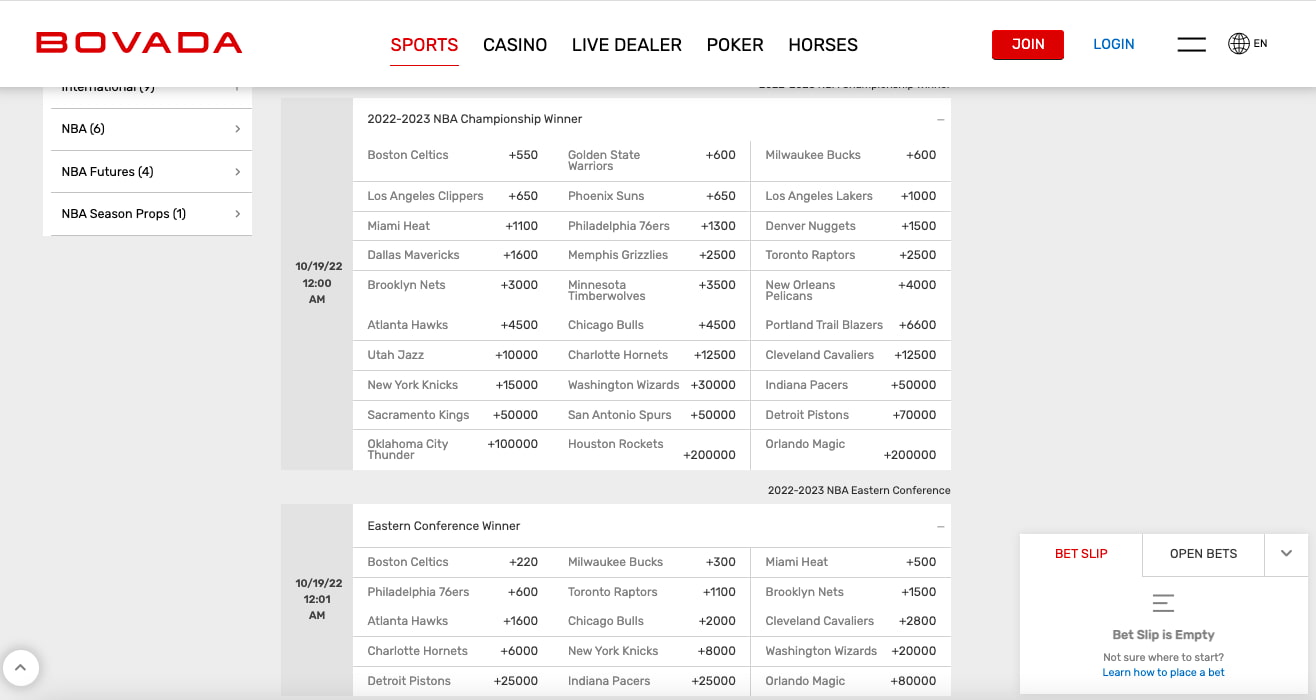 The Warriors have been a force of nature, and in dismantling the Boston Celtics in the fashion they have done last season, they will take some stopping. Steve Kerr has made his side a well drilled unit and they did pick well in the recent draft, acquiring Patrick Baldwin Jr, Ryan Rollins, and Gui Santos.

Steph Curry has come to epitomize everything good about the Warriors during the NBA Finals, while he was ably supported by Klay Thompson and Draymond Green. There is no obvious weakness in the starting roster and their fearsome trio can fire them to NBA glory once again. 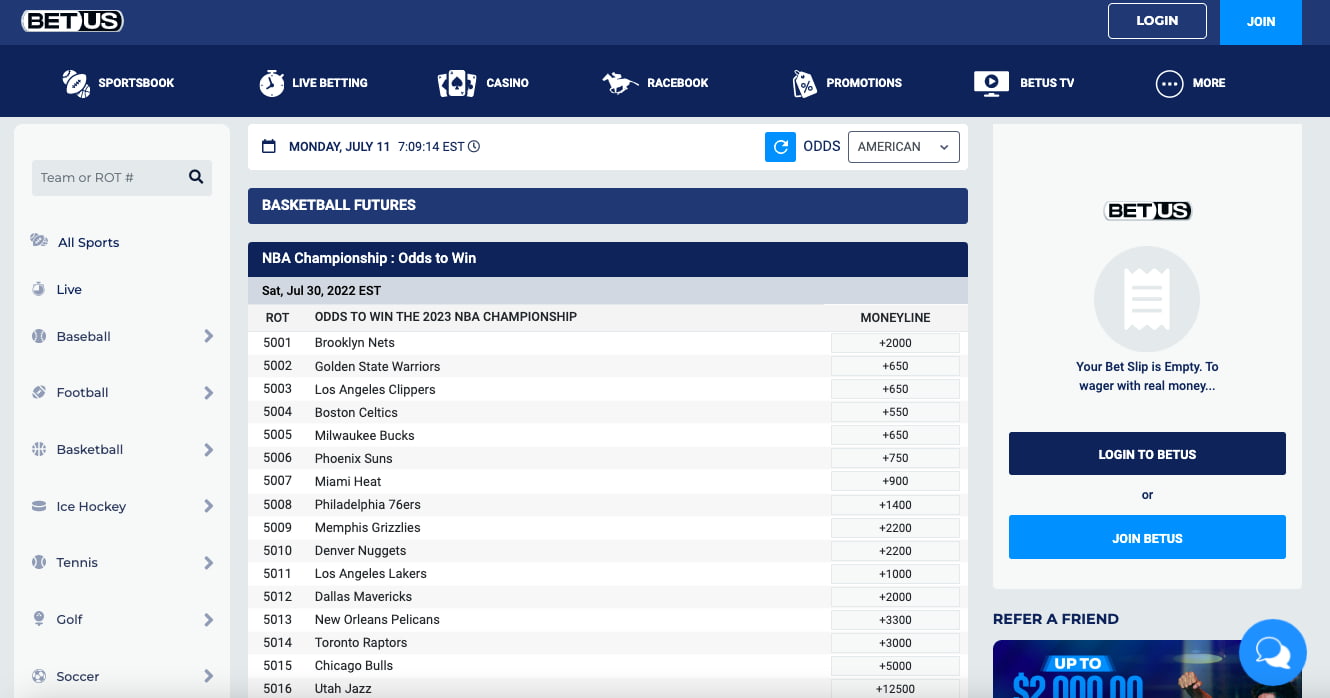 Away from the favorites, there are a couple of NBA picks to win the Championship that may well be seen as outsiders. The Miami Heat, for example, came unstuck against the Boston Celtics in the Eastern Conference Finals last season, but they have plenty of firepower on the floor. They will rely heavily on Jimmy Butler, although the recent acquisition of Victor Oladipo is a boost.

Meanwhile, the LA Lakers will be hoping to pick up a couple of free agents over the summer. If Anthony Davis can find his best form on the court, then they could well pose a significant threat. 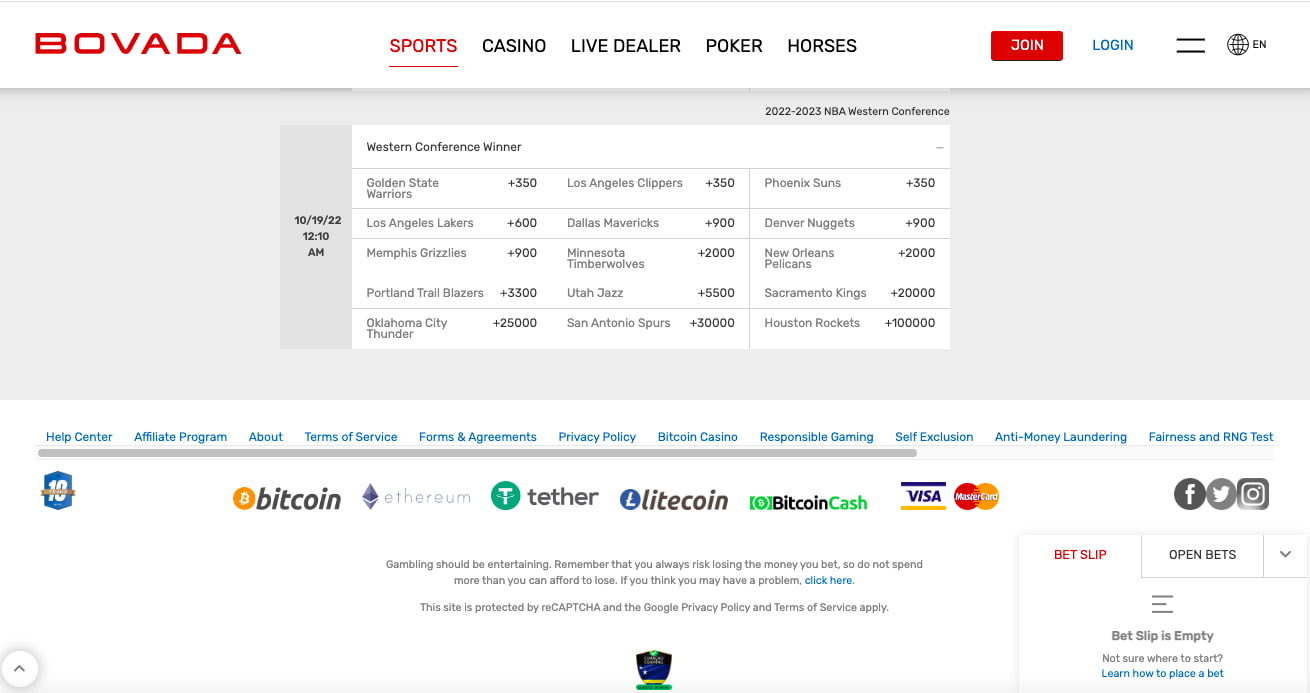 The Warriors were heads and shoulders above the chasing pack last season. Steph Curry, Klay Thompson, and Draymond Green were unplayable for large chunks of the campaign, while they will be further strengthened when James Wiseman returns to the roster.

Steve Kerr has an unshakeable belief in his franchise that has lifted the Western Conference title in six of the past eight seasons. Although the LA Clippers are currying more favor with the best offshore sportsbooks in the US, in terms of NBA picks, we are not going to veer away too much from the Warriors. 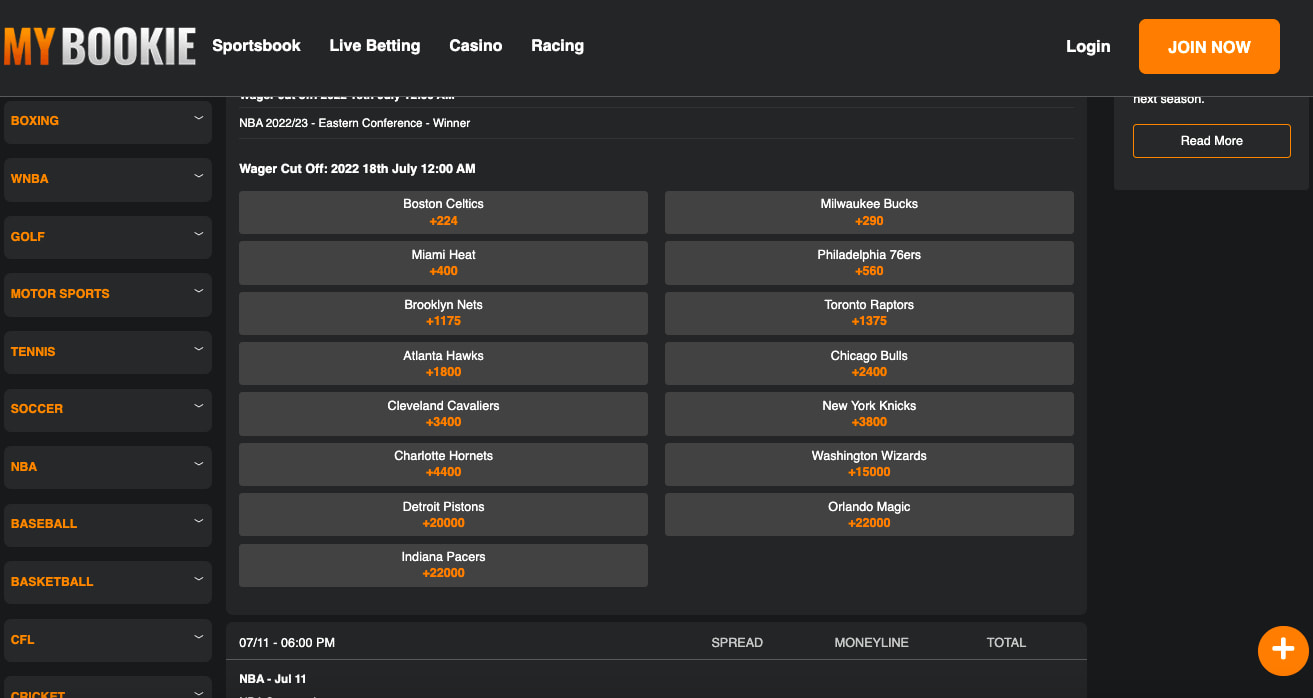 After falling just short in the NBA Finals, the Celtics should come back stronger next season. There is plenty to like about the Celtics, who can call upon Jaylen Brown, Marcus Smart, and Jayson Tatum who can tear defenses to shreds.

Meanwhile, Ime Udoka – who reached the NBA Finals in his first season – has done an excellent job of transforming the fortunes of the franchise. He is now the short-priced favorite with some operators to be named Coach of the Year. 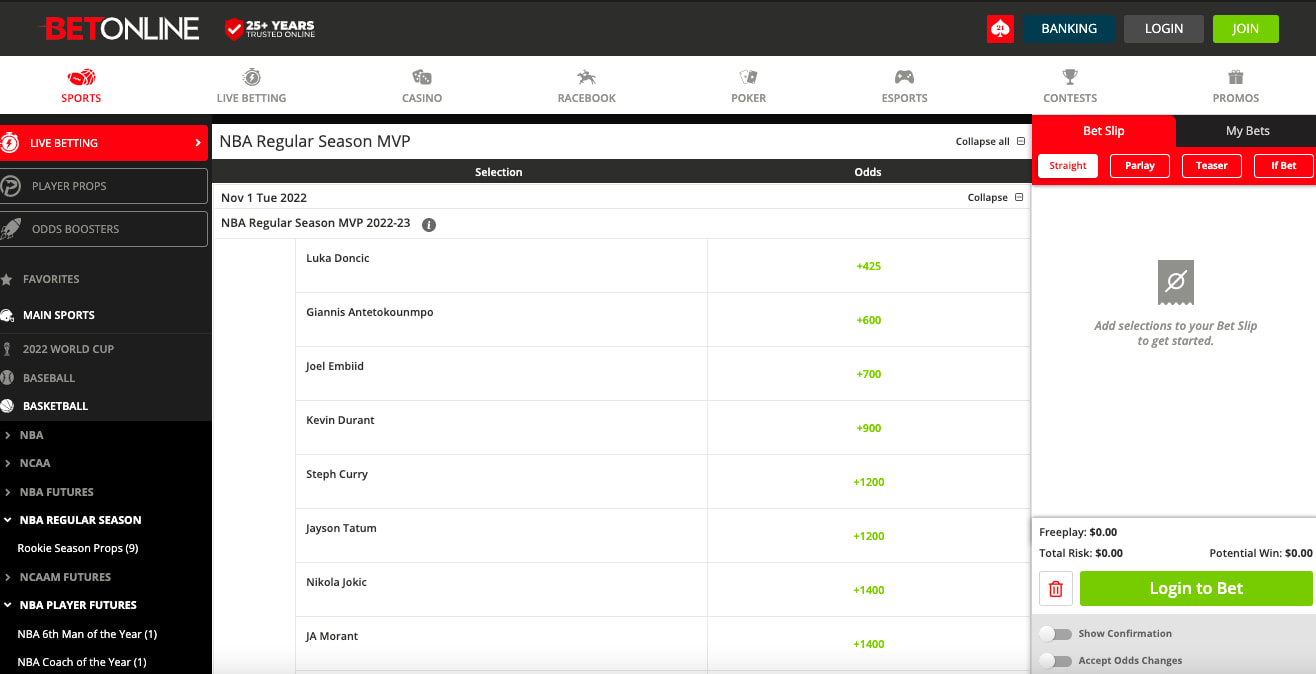 The MVP race is always widely contested and you can expect to find the likes of Joel Embiid and Giannis Antetokounmpo in the running. Very few have won it three times in a row, however, that is a feat Denver Nuggets center Nikola Jovic is hoping to emulate. Last season, he was awarded the MVP after notching up over 27 points and just shy of 14 rebounds per game.

However, you can find value elsewhere. JA Morant, for example, recently signed a new whopping five-year deal with the Memphis Grizzlies worth $231 million, and there were so many highlights reels from last season. After winning the NBA Most Improved Player award, he is on an upward trajectory, and his odds of +1400 look rather appealing.

NBA Rookie of the Year 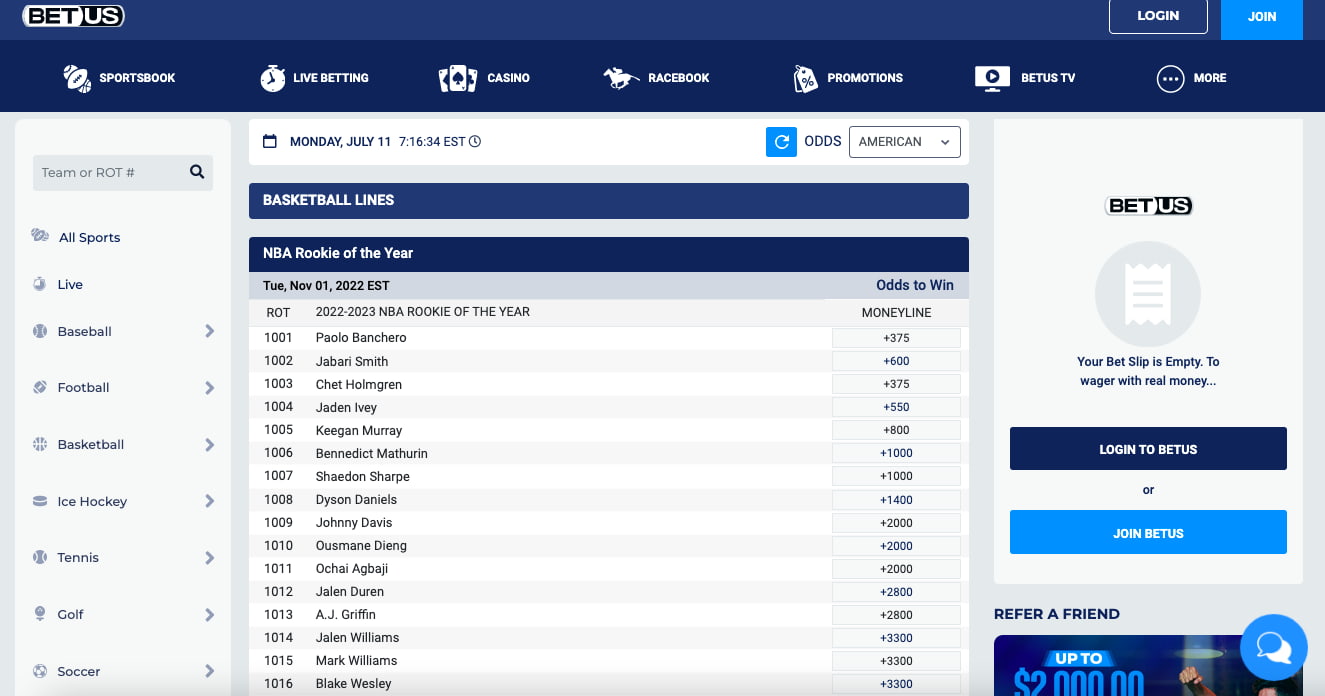 Paolo Banchero stole the headlines when he was selected as the No.1 pick in the recent NBA Draft. He will give Orlando Magic more fluidity moving forward, and it is an area where they are light on bodies.

However, Jabari Smith was a stronger pick. Although he was selected No.3, Smith, who joined the Houston Rockets, could make a name for himself. He was terrific while at Auburn, and aside from his scoring prowess, he is strong on defense. Perhaps he could be an All-Star in the next few years.

What are NBA Picks?

NBA picks refer to predictions on how you think a game will unfold. While the Moneyline is a good starting point, you can also find markets for the point spread as well as NBA over/under picks. This will usually entail the total points scored between two sides, and usually, NBA games are very high scoring.

Our NBA expert picks today will be based on a wide range of statistical data, such as results or how a team has performed on the road, for example. With games on virtually every day of the week, it’s not difficult to locate NBA picks.

NBA Picks Against the Spread

A spread is like a handicap market, and it is used to differentiate the quality between two sides. A point spread will be created by a sportsbook, and you can find NBA odds on either side to cover it. Here is an example of a point spread:

So, if you were to bet on the Red Bulls, then they must win the game by 3 or more points to return a successful wager. Whereas, a bet on the Heat would require them to win or lose the game by two points.

To help with their NBA picks and predictions, handicappers will use information about each team’s record against the spread (ATS) during the season. The ATS record will then be further broken down into home and away records, and you can find other filters too.

A parlay spices up your betting slip as you can combine two or more legs onto a single wager. Also known as accumulators, parlays can result in huge profits, however, to win, all legs must be successful. You could bet on four selections for a given day which would look like this:

The house edge will naturally increase with every leg you add. Sometimes, handicappers may be more reluctant to give out picks and parlays for NBA parlay games. However, if you are into parlays, NBA over/under picks are worth exploring further, especially at sites that boast the best sports betting apps.

Our research has determined the following sportsbooks to be the best for delivering NBA picks. Some of these sites will also double up as the best cash out sportsbooks.

Where to Find NBA Expert Picks

While we have plenty of NBA picks available at Augusta Free Press, there are few other avenues to find predictions for the NBA.

You can search for NBA picks on Google or other social media platforms like Twitter which will usually display odds for the biggest games. Sometimes, NBA DFS picks can be handy if you wish to place prop style bets.

How we Make NBA Picks and Predictions

We have assembled a top team of handicappers to deliver the best NBA picks, and this is what is most important when making NBA picks and predictions:

By watching lots of games either live or on repeat, you can start to figure out trends or patterns.

Our expert tipsters will be in the know about any injury news, so you can adjust your picks accordingly if you discover the star player on a roster is forced to miss a game.

Keep an Eye on Stats

To help with NBA picks, expert handicappers will have singled out the most important stats that could affect a market.

The sharpest bettors will fade against the public, as they don’t want to be suckered into making bad wagers.

Rather, handicappers will seek out lines that represent value, which in turn can be capitalized on. Especially if you take advantage of the best sportsbook promo codes to get free bets and bonuses as well.

If you notice a big transfer where a high-profile star is joining a team on the rise, then it could sway NBA picks throughout the season.

Should I bet against the spread NBA picks?

What is the best way to bet on NBA games?

There are a few ways to get the most out of betting on NBA games. You can get an edge by betting on the markets as soon as lines open or wager in-play, as you will see odds updated constantly.

Is it better to bet over/under in NBA?

The over/under market is quite popular. However, you should glean all the data available to influence your wager. So, for example, look at points per possession or when the highest- scoring quarters are for teams.

What is the over/under in NBA games?

The over/under section is a go-to option for NBA picks. Usually, NBA games are quite high scoring, so you could bet on there to be Over 210.5 points in a game. If you wager on the over section, then there would need to be a total of 211 points for your wager to be successful.

Charles is highly self-motivated and accomplished digital sports editor with a keen interest in football, golf and tennis.