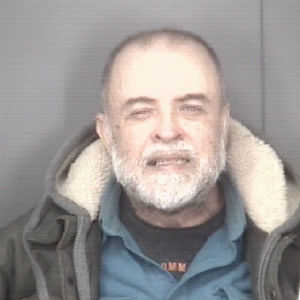 A Crimora man is in custody after an incident in which he is alleged to have attacked one man with a baseball man and a second man with a knife.

David Frazier, 59, has been charged with one count of malicious wounding, with additional charges pending, according to a report from the Augusta County Sheriff’s Office.

Deputies arrived at the scene on McGuslin Lane on Monday at 2:16 p.m. to find a 38-year-old man who had been struck with a baseball bat.

Frazier, with wounds to his hand, admitted to deputies to stabbing a third man who had left the scene, and who was later located at the UVA Medical Center, where he was being treated for non-life-threatening stab wounds.

The injuries to the man hit with the baseball bat were also not life-threatening, according to the sheriff’s office.

The relationship of Frazier and the victims wasn’t made clear in the report from the sheriff’s office, which is saying that the investigation is ongoing and additional charges are likely, and is asking the public for information.