ACC Football Players of the Week: Standouts from Week 13 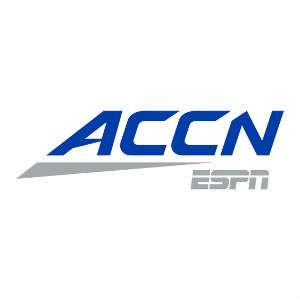 The ACC Players of the Week have been recognized following their standout performances in last weekend’s games.

The selections are determined by a vote of a 15-member media panel. The following are this week’s honorees:

​QUARTERBACK – Micale Cunningham, Louisville, So., QB, Montgomery, Ala.
Accounted for a career-high six touchdowns – the fourth-most in school history – in the Cardinals’ 56-34 win over Syracuse • Threw for 238 yards and a career-high five touchdowns, while rushing for 60 yards and another TD • Has thrown 12 touchdowns passes in his last four games • His 90-yard touchdown pass to Tutu Atwell was the fourth longest in Louisville history.

RUNNING BACK & CO-ROOKIE – Javian Hawkins, Louisiville, R-Fr., RB, Titusville, Fla.
Twice named ACC Running Back and ACC Rookie of the Week in 2019 • Rushed for 233 yards in Louisville’s win over Syracuse, his sixth 100-yard game of the season and his first 200-yard rushing game • First 200-yard rushing game by a Cardinal since Lamar Jackson had 226 against Texas A&M on Dec. 30, 2015 • Most rushing yards by a Louisville player since Anthony Allen rushed for 275 against Middle Tennessee on Sept. 6, 2007 • Hawkins’ 1,278 rushing yards for the season and six 100-yard games are both freshman records for Louisville.

OFFENSIVE LINEMAN – Nathan Gilliam, Wake Forest, Sr., RG, Knoxville, Tenn.
Helped Wake Forest post a season-high 334 yards rushing and 618 yards of total offense in the win over Duke • The Demon Deacons’ offensive output was their second-highest total this season • Graded out at 92 percent • Did not allow a sack or a pressure and had two knockdown blocks while playing 73 snaps.
​
DEFENSIVE LINEMAN – Jordan Domineck, Georgia Tech, R-Fr., DE, Lakeland, Fla.
Making only the second start of his career, set career highs with 10 tackles and 1.5 tackles for loss in Georgia Tech’s 28-26 win over NC State • Made one of the Yellow Jackets’ biggest plays of the game when he stopped NC State RB Zonovan Knight for a 1-yard loss on fourth-and-2 from the Georgia Tech 10 on the Wolfpack’s first possession of the game, providing early momentum as the Yellow Jackets went on to build at 21-3 halftime lead.

LINEBACKER – Rayshard Ashby, Virginia Tech, Jr., LB, Chesterfield, Va.
Five-time ACC Linebacker of the Week in 2019 • Tied for the team lead with seven tackles in the Hokies’ 28-0 win over Pitt on Saturday, including two solo stops • Registered 1.5 sacks for 24 yards • Forced his second fumble of the season.

DEFENSIVE BACK – De’Vante Cross, Virginia, Jr., FS, Allentown, Pa.
Came up with a key defensive play to break open a close game in UVA’s 55-27 win versus Liberty • The Flames held a 14-10 second-quarter lead and had the ball at the UVA 38 when Cross picked off a deep pass and returned it 52 yards to the Liberty 42 that set up UVA’s go-ahead touchdown• Finished the game with two interceptions (both inside the 10-yard line) and totaled 87 yards on his two returns • Liberty QB Buckshot Calvert entered the game with the nation’s longest pass streak without a pick (a Liberty-record 295-straight attempts) and had thrown just three interceptions this year prior to facing the Cavaliers.

CO-ROOKIE – James Graham, Georgia Tech, R-Fr., QB, Fitzgerald, Ga.
Accounted for 241 yards of total offense (129 passing, 112 rushing) and four touchdowns (three passing, one rushing) in Georgia Tech’s 28-26 win over NC State • His three touchdown passes, four touchdown responsible for and 112 rushing yards were all career highs • Scored the Jackets’ lone touchdown of the second half on a 26-yard run • Ran for seven yards on third-and-2 on the Yellow Jackets’ final offensive possession, picking up a pivotal first down that helped Georgia Tech run the final 5:22 off the clock and seal the victory.