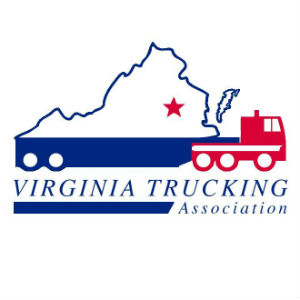 The Virginia Trucking Association presented its 2018 Safety Awards on March 19th during its Annual VTA Safety and Human Resources Conference, held at the Renaissance Hotel in Portsmouth. The safety awards are generously sponsored by Nansemond Insurance Agency of Suffolk.

Todd Cribbs of Walmart Transportation LLC in Mt. Crawford, VA was named the Safety Professional of the year. This award is presented to a person responsible for directing or supervising safety activities of a VTA member trucking fleet and be of high moral character and devoted their career to the field of highway and industrial safety.   Cribbs has been employed by Walmart Transportation for 20 years. He has done an outstanding job of directing the compliance and safety performance of his fleet and leading his drivers to strive for excellence. He has led safety campaigns that include “Get Out and Look” and “Best Practices Reduce Preventable Crashes”.   As a result of his leadership and these programs, the fleet he manages had a DOT recordable accident frequency rate of 0 in Virginia for 2017.

David Boyer of Wytheville, VA, and a driver for ABF Freight System in Wytheville, VA was named the 2018 Virginia Truck Driver of the Year. Boyer had been a professional truck driver for over 40 years, all with the same employer.   During this time he has accumulated 2.8 million miles of safe driving without a preventable or non-preventable accident.   He has accumulated an amazing 38 years of accident free driving.   Boyer has served as a member of his company’s road team and was selected and served as a member of ATA’s road team.   As a road team captain, he has impacted the lives of over 50,000 high school students in 7 different states by putting them behind the wheel of a truck to educate them about blind spots and sharing the road with large trucks. In 2016, he was awarded the Virginia Governor’s Transportation Safety Award for Motor Carrier Safety.

Fleet Safety Awards were presented to the following companies that had the lowest 2017Virginia accident frequency rate in their class of competition:

Improvement Awards for the fleets which had the greatest percentage of improvement in their accident frequency over the previous contest year were won by Associated Asphalt Transport LLC, Roanoke, VA; and Walmart Transportation, LLC, Bentonville, AR.