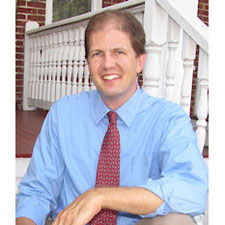 Independent Sixth District congressional candidate Jeff Vanke released a Contract with Western Virginia today at an event in Roanoke – highlighting a promise to voters similar to one made by nine-term incumbent Bob Goodlatte 18 years ago.

“One point of my contract is to promise, on my Eagle Scout’s honor, to hold this seat for no more than six terms, the 1992 promise that Bob Goodlatte breaks with every campaign from 2004 forward,” said Vanke, raising the spectre of the May 1992 promise made by Goodlatte, a Republican, at the height of the early ’90s fervor over term limits in his first race for the seat representing the Sixth.

Vanke also pledges in his contract to support a term-limits amendment to the United States Constitution.

Other planks to the Vanke contract:

– To maintain at least 50 percent of his net worth in U.S. bonds for the remainder of my life.
– To provide his own annual, detailed, draft federal budget that balances no more than five years into the future, and that remains in balance for most of the following 25 years.
– To support cutting agribusiness subsidies by two-thirds or more.
– To support free markets in health care, and to support universal access to health coverage.
– To oppose Social Security privatization, and to support tax-deferred private retirement funds.
– To support democratizing Congressional and Presidential elections with a Constitutional Amendment, including election by no less than a majority of votes, ballot access for any eligible candidate presenting 1,000 signatures of registered voters in the state or district, and prohibition of gerrymandering.
– To democratize his own campaigns, by agreeing to at least three debates per election, including every candidate on the ballot.