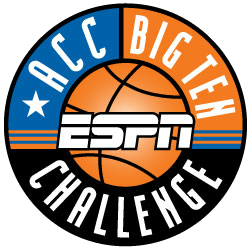 UVA will host Ohio State in the 18th ACC/Big Ten Challenge onWednesday, Nov. 30. This year’s Challenge, played over three days from Nov. 28-30, will include 14 games.

UVA has a 10-6 record, including a two-game winning streak, in the Challenge. In addition to last season’s road win at Ohio State, the Cavaliers defeated Maryland 76-65 in College Park in 2014.

ESPN, ESPN2 and ESPNU will combine to televise all 14 games of the event matching top college basketball programs playing for conference supremacy and the Commissioner’s Cup. All 14 games will also be available via WatchESPN.

The ACC will release Virginia’s complete schedule in late August.