Tom Perriello: My final report to the people of the Fifth 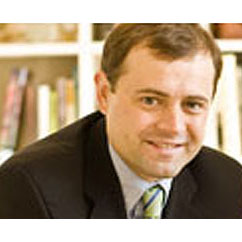 Last week, I left the U.S. Congress after a final legislative act – unanimous passage of my bill to make sure that no American soldier is welcomed home from duty with a foreclosure notice. For the next two years, our heroes in uniform will be protected from foreclosure for at least 9 months after a tour of duty.

It has been an honor to serve the people of the fifth district in the 111th Congress. When you sent me to Washington, I promised to work as hard for you as you work for your own families. Last week, I released my second annual report summarizing the results we have delivered for the families and businesses of Central and Southside Virginia. When I took office, the economy was hemorrhaging 800,000 jobs every month, but I leave during the eleventh straight month of private sector job growth. After cutting taxes last year and last week, I leave office with Americans having their lowest tax levels in 60 years. We made reforms to keep Medicare funded for another generation, and had what the American Legion called “a banner year on veterans legislation.” And we put people to work helping nearly 2,000 district families reduce their electric bills through weatherization programs.

At the national level, my priority in Congress was to shift the economic conversation in Washington from protecting the most powerful to fighting for middle class Americans and Main Street businesses. I have always believed that we must get back to the basics of building, making, and growing things again in America in order to protect and rebuild our middle class. As I depart, I see signs that the elite economic consensus that has dominated Washington is starting to give way to common sense.

I repeatedly fought to close the misguided tax loopholes that reward companies who send Americans’ jobs overseas, and did not stop until that was signed into law. We cut 17 different taxes on small businesses and dramatically expanded support for small business loans. The House passed legislation to create the nation’s first manufacturing strategy, to reduce the utility bills of homeowners, and to go after China for manipulating its currency and illegally dumping its products. I fought for the Small Business Jobs Act to get credit flowing to small businesses and lower the tax burdens on expanding or creating a new business.

We have also invested in the foundation of a modern infrastructure that will help American companies outcompete China, India, and the world. We helped to win major investments in broadband access that will help local entrepreneurs start a business and let our children study from the world’s libraries. We made major investments in rail and roads, like the Robertson Bridge in Danville, and airports, like the runway extension in Charlottesville, and water treatment plants, like the new facility in Halifax, all of which are moving forward with important new investments.

I have helped to deliver $133.2 million of investment into our public schools, keeping teachers in the classroom and preventing massive hikes on property taxes. On education, in my first month in office, I co-authored a tuition tax credit to help families afford college, and in my last month in office, that tax credit was extended to continue helping hundreds of thousands of families realize the dream of a college degree for their child.

I am proud of my team that helped us respond to over 85,000 constituents and ensure that our seniors and veterans always had an ally within the government – helping to return over $3.5 million of earned benefits to local residents. We have worked hard to make it a little easier for all middle-class families to get by and to take steps back to a vibrant manufacturing and technology base. We have worked hard to flip the script about Southern Virginia from a story of pity to one of potential and make sure investors around the country see the great future ahead for our area as an east coast capital of the new energy economy. Because of the work we did together, I leave office knowing that the jobs of tomorrow are being created today from Danville to Charlottesville, and everywhere in between. We will not be defined just by where we have been, but also by where we are headed together to the next great chapter of our region’s history.

It has been a blessing to serve you and represent you in the 111th Congress.