Tempo no problem as UVA posts impressive win at VCU

Things had been going the way seventh-ranked UVA had wanted them to. Then Treveon Graham happened.

A floater by London Perrantes cooled off a VCU run, and seventh-ranked UVA took control with a 15-0 scoring spurt over a 5:14 stretch to pull out a 74-57 win at a rabid Siegel Center in Richmond, Va., on Saturday.

Maryland, VCU have had success against the UVA Pack-Line

Few teams can give the UVA Pack-Line defense fits. Two come to mind that can: Maryland and VCU, who happen to be the Cavs’ opponents this week.

UVa. guard Malcolm Brogdon (Atlanta, Ga.) has been selected as Player of the Year and head coach Tony Bennett was named Coach of the Year in the annual voting by the Virginia Sports Information Directors Association (VaSID) for the 2014 University Division All-State Men’s Basketball Team, announced Tuesday (April 8).

Redshirt freshman Jalen Jenkins posted his first career double-double in his first collegiate start, but it was not enough as the George Mason men’s basketball team dropped a 71-57 decision at VCU to open Atlantic 10 Conference play Thursday night. 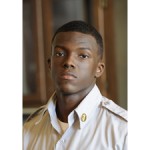 The line score isn’t what you’d call impressive: nine minutes, one point, one assist, one turnover. But Teven Jones might have been UVa.’s MVP in its 59-56 loss to #14 VCU Tuesday night. Jones entered the game with seven minutes left in the first half, and the Cavs trailing 21-14.

Chris Graham: Don’t get too down, UVa. Nation

Let’s face it. VCU is the heavyweight college basketball program in the state of Virginia, and has been for some time. There was a time, maybe about 15 years ago, that Virginia was the big boy in the Commonwealth, but that was before Pete Gillen, before Dave Leitao, long before Tony Bennett.

Treveon Graham hit a long three-pointer with 1.4 seconds left to complete a 10-1 VCU run that lifted the #14 Rams (2-0) to a 59-56 win over #25 Virginia Tuesday night. Virginia largely controlled pace and tempo against the run-and-gun Rams, who did heat up down the stretch and finished at 41.4 percent shooting from the field.