AgrAbility Virginia helps farmers continue to do their jobs

After suffering a carotid aneurysm in 1999 that made it difficult for him to walk, Dinwiddie County farmer Alvin Blaha needed a solution.

Months of work, and years of planning, came to fruition Monday at the new home for Vector Industries in Waynesboro. The unique nonprofit business had long since outgrown the 27,000 square feet of space that had housed its operations in a complex of buildings on Fairfax Avenue since 1969.

Vector Industries has closed on the purchase of a property on Hopeman Parkway in Waynesboro that will triple the current physical plant for the unique non-profit that provides employment opportunities to people with diverse disabilities.

Today, the ACLU of Virginia sent a letter to Governor Terry McAuliffe asking him to review the case of Reginald “Neli” Latson, a young man with intellectual and developmental disabilities who has been held in solitary confinement in a state correctional facility for almost a year.

A new $2.5 million federal grant will support two University of Virginia economists and a team of colleagues who are revolutionizing how to measure the effectiveness of vocational rehabilitation services.

The ACC announced three legislative proposals that have been submitted to the NCAA as part of the recently adopted Division I autonomy process as approved by the league’s Council of Presidents.

VCU receives $1.6 million grant to study pathways that lead to substance use disorders

Two VCU professors will work with researchers at the University of Oslo to study the factors in normal and abnormal personality that increase the risk of developing substance use disorders. 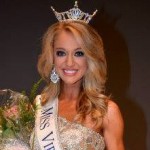