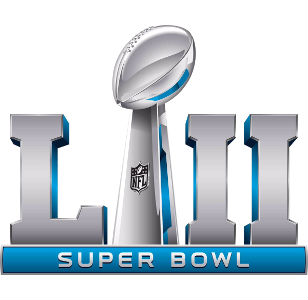 The 2018 Super Bowl arrives in a few weeks and over 40 percent of U.S. households will watch the game on TV. With a 30-second TV commercial priced at over $4 million, some advertisers may debate whether these ads are worth the cost.

A new study finds that the benefits from the ads actually persist well into the year with increased sales during sporting events like the NCAA’s “March Madness,” NBA playoffs and MLB games. According to this new research a Budweiser ad increased sales during these later sporting events. Further, the research finds that the gains in sales are much more substantial when the advertiser is the sole advertiser from its market category or niche in a particular event.

The study, which will be published in the INFORMS journal Marketing Science, is co-authored by researchers from Stanford University and Humboldt University in Germany.

The authors explore the relationship between viewership across the top 56 advertising markets within the U.S. and corresponding sales in these markets for advertised brands throughout the year from 2006-2011. In particular, they study the beer and soda categories where there is ongoing consumption over the year to evaluate the persistent effect of the ad on consumption. A challenge in measuring the gains from the ads is that most advertisers typically advertise on the Super Bowl every year, so one cannot directly measure how sales change when there are ads or not. The authors cleverly exploit the variation in the level of viewership across markets as a function of the popularity of the teams playing in the Super Bowl to isolate the sales effects of Super Bowl ads.

The researchers explained, “Our strategy is pretty intuitive. When the San Francisco 49ers returned to the Super Bowl in 2013 after many years, viewership in San Francisco and cities with large numbers of 49ers fans increases. If the ads are effective, then we should see a greater increase in advertisers’ sales in those cities, relative to those cities where the 49ers are not popular.”

The analysis yields interesting results around consumption during the Super Bowl week and persistent effects over the year. Brands like Budweiser and Pepsi, which have a long association with Super Bowl advertising over many years see an increase in sales during Super Bowl week even though the purchases themselves were made prior to the event and watching the ad. The authors estimate that sales of Budweiser can increase as much as 10 six-packs per thousand households for a ten-point increase in ratings during the week leading up to the Super Bowl.

Coca-Cola, in contrast, which is not as strongly associated with the Super Bowl does not get such a bump in sales during Super Bowl week prior to the game. But there is more; the ad keeps giving in sales over the year. The authors find a substantial increase in sales in markets where Super Bowl viewing was higher during subsequent sports like NCAA’s “March Madness,” the MLB and NBA games. Specifically, Budweiser volume and revenues can increase up to 3.9 percent and 4.7 percent respectively in response to Super Bowl advertising during specific later weeks, for a ten-point increase in Super Bowl ratings.

The researchers noted, “As the exclusive beer advertiser in the Super Bowl for many years, Budweiser outperforms competitors for consumption during the Super Bowl. Our findings suggest that there may be value for advertisers to negotiate exclusive advertising rights within a category to generate greater long-term value and it may make sense for the telecaster to offer such exclusive rights at a higher price. However, even though Coke does not exhibit increased consumption during the week prior to the game despite years of advertising during it, Super Bowl ads do help sell Coke after the game, especially among sports fans.”

The authors note that more research is needed on other categories as well as additional effects of the ads. “Our research focused on the effects for only a certain type of established brand with ongoing consumption. More research is needed to study the effects for advertisers who use the mass viewership of the Super Bowl to fast track awareness and recognition for new brands.”

They added, “For some type of ads, there is a large social media multiplier by provoking interest and subsequent conversations on social media and mass media, that could be independent of Super Bowl viewership. That is good news for advertisers as it suggests that our estimates are only a lower bound of the benefits of Super Bowl advertising.”

About INFORMS and Marketing Science

Marketing Science is a premier peer-reviewed scholarly marketing journal focused on research using quantitative approaches to study all aspects of the interface between consumers and firms. It is published by INFORMS, the leading international association for operations research and analytics professionals. More information is available at www.informs.org or @informs.