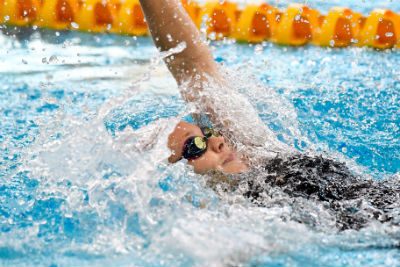 Wagner, a senior at Waynesboro High School, set four personal records in her four events at the meet, which was held at the Epply Aquatics Center on the campus of the University of Maryland.

Wagner’s time in the 50 free qualified her for the C final, and she finished 23rd overall in that event.

“This is the best meet she has had since I took over at SMAC,” said Nicholson, who has been the coach of the SMAC program at the Waynesboro YMCA since 2017. “She swam excellent races throughout the meet. Her starts and turns, mental and physical preparation, and the splits were on point for each of her events.”