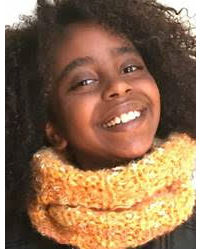 Alexandria’s Naomi Wadler will receive the Clara Mortenson Beyer Women and Children First Award for her advocacy in support of gun violence prevention.

Wadler, 11, organized youth protests at her school in the wake of the mass shooting in Parkland, Florida earlier this year. Her subsequentaddress to crowds at the March For Our Lives in Washington D.C. became an international sensation.

The award will be presented Saturday, October 13, at Rep. Don Beyer’s fourth annual women’s conference and forum, “Breaking Through: Women Work For Change.”

“I am thrilled to welcome Naomi Wadler back to speak to constituents about her experience as an activist, and to impart her wisdom to people who want to work for change,” Beyer said.  “I doubt that anyone who heard her speak at my town hall in March has forgotten her inspiring words about the need to stop gun violence. Naomi is a prodigy of advocacy, and I look forward to continuing to learn from her next month at our Annual Women’s Conference in Arlington.”

“I hope that this award will bring more attention to the stories of African American girls who are shot every day without making the news,” Wadler said. “The last time I spoke at an event with Congressman Beyer, I was moved and inspired by Fred Guttenberg, who lost his daughter at the Parkland shooting and then began speaking out about guns. I am very glad to have this chance to talk about the need for action to make things better.”

Beyer first met Wadler at his Alexandria town hall on gun violence, held weeks after the Parkland shooting. That night, Beyer and guests Fred Guttenberg, a Parkland parent, and Rep. Ted Deutch, who represents Parkland, took questions and comments from constituents, including Wadler.

Beyer created the Clara Mortenson Beyer Women and Children First Award while Ambassador to Switzerland in 2011.  It is named after his grandmother, who is credited with convincing the Roosevelt Administration to appoint Frances Perkins, the first female Cabinet Secretary in the United States. Clara Beyer served as Secretary Perkins’ right hand, working on child labor issues. She was the first woman appointed as US representative to the International Labor Organization in Geneva.

The award is given annually to an exceptional woman who made a difference on behalf of women’s empowerment. Sasha DiGiulian, the first American woman to free-climb the north face of the 13,462 foot Eiger, won the award in 2015. Other previous awardees include Ambassador to the United States U.N. Mission in Geneva and author Betty King, Ruth Gaby Vermot, the founder of “Peace Women,” Lisa Feldmann, Editor of Annabelle Magazine in Switzerland, Arlington community activist Portia Clark, and immigration advocate Ofelia Calderón.