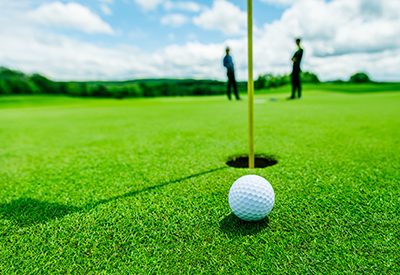 The 2019 Presidents Cup is scheduled to be held in December. As per the announcement, the dates have been finalized and December 9 is the day when the tournament will start and end on the 15th of December, 2019. The tournament will make its return at the Royal Melbourne Golf Club. The championship returns to the Victoria state for the third year in 25 years of the tournament’s history. The President’s Cup also makes its return to the state of Victoria in Australia. Find all the Coverage and schedule updates of the President’s Cup 2019 below.

The live stream coverage of Presidents Cup 2019 the Golf Channel will start from 9:30 AM to 4:00 PM in Australia and 5:30 Pm to midnight on Wednesday in the U.S. Immediately after the play the Captain’s pairings for Friday matches will begin at the Media Centre.

The hours of the doors opening and the schedule of the events are subject to change.

On Saturday the 7th December, there will be Fan experience of the Presidents Cup Fan Experience at the Crown Riverwalk.

Gates will open to the public on Tuesday the 10th of December at 8:00 AM. First, the International team begin their practice and continue until noon. Then the US team will start their practice from 9:00 AM and continues till 1:00 PM. Later on, the Fan experience will commence at the Crown Riverwalk, which will precede the Captain’s Press Conference at the Media Centre.

Gates will open to the public on Wednesday the 11th December and the U.S. Team will practice at 9:30 AM and the International team will practice at 10:30 AM. After practice sessions, the Fan experience will be held at the Crown Riverwalk. In the evening at 4:00 PM the Captain’s Pairings for Round 1 will take place at the Media Centre.

The will call opens on Thursday the 12th of December at 7:30 AM. Then the gates will be opened at 8:00 AM to the public. Later the President Cup fan event will be held at the Crown Riverwalk. The first round of the Fourball is scheduled at 10:30 AM and the foursomes will commence at noon. Then at the Royal Melbourne Club, the Trophy ceremony will take place half an hour before the first tee shot.

The will call opens on Friday the 13th of December at 8:30 am. Later the gates will be opened to the public at 9:00 AM. The Presidents Cup fan experience will follow and the Crown Riverwalk will be the venue. The second round of the championships will be held at 11:00 AM. Then after the Fan experience, at the Royal Melbourne Club, the ISPS HANDA Golf for the disabled will commence. The Captain’s pairings for the matches on Friday will start soon after the play, at the Media Centre.

Early in the morning at 5:30 AM on Saturday the 14th December, the Will call opens. Then at 6:00 AM, the gates will open and at 6:30 AM the third round of the championship will begin. The Captains Pairings will start at 10:00 AM for the Saturday’s P.M matches. The fan experience of the President Cup is scheduled at the Crown Riverwalk. The fourth round of the championship will commence in the Noon. Immediately after the play Captains pairing for the Sunday’s singles matches will follow.

The Will call opens on Sunday the 15th December at 8:30 AM and the gates are opened to the public at 9:00 AM. Then before noon, the fan experience of the President Cup will be wrapped up at the Crown Riverwalk.

In the noon the final round of the President Cup will be played in which the 12 singles matches are supposed to be held. Immediately after the play, the closing ceremony will be held.