Pelosi: Another step back for Dems 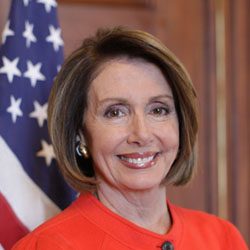 I’m of two minds when it comes to the news that Nancy Pelosi has been re-elected to serve as the leader of Democrats in the House of Representatives, as minority leader now that the party has lost its majority spot in the body.

OK, I get it – she was a solid leader in the walkup to 2006 and 2008 when Democrats were first in the minority in Congress and then were working to take back the White House.

But – and this is a big but – what about her horrific turn as House speaker?

Read the rest of this column at TheWorldAccordingToChrisGraham.com.