Why Are Some VPNs so Expensive?

While you may think that you are paying too much for a VPN service, the reality is that you are paying less than you should be. The vast majority of competitive companies in the market are losing money instead of making money. The promise to their shareholders is that at some point they will break even and start generating profits.

Running a VPN Company Is a Risk

There are obvious legal issues with running a VPN service. Laws about the Internet differ from one country to another. A VPN company with servers in 100+ countries have to juggle a lot of paperwork to keep their servers up and running in some states. It costs a lot. Users do not realize how much work and effort goes into making their experience as satisfying as it is, to let them have the best VPN mac, windows and other OS users can possibly get.

At the same time, running a company means a lot of administrative expenses. A typical VPN company employs a bunch of coders, sysadmins, support team employees, technicians, and many other people. Not to mention hundreds of administrators, business advisors, and lawyers. Their monthly salaries may be more than they make from discounted sales.

Now, imagine that you have to significantly undercut your sales in order to attract more and more users. You have to stay relevant. The market is very diluted at the moment. There are hundreds of competitive companies that want to fight for the top spots in the market. You cannot just put the price tag of $10 on your product and wait for a wave of clients. Businesses fight for their clientele. They have to give out crazy discounts to stay relevant and keep growing their paying customer base.

This is an issue that has been plaguing the Internet. Startups start huge. They tend to overspend on the initial stage of the development. They hope that in 5-10 years their customers will stick to the service despite having no discounts. They hope that clients will be willing to pay $10-15 dollars per month.

What You Actually Pay For

Some users complain about high prices, but the vast majority does not pay the service’s full price. In fact, over 90% of purchases are made with a significant discount. While the actual cost that makes a profit for a company is, let’s say, about $10, most customers pay less than 30% of that amount.

The company wants to attract you and “hook” you. They hope that their unmatched level of service and pleasant attitude of their support employees will turn you into a loyal customer in the long run.

Knowing the industry from the inside, we are unfortunate that many users complain about prices. Imagine how much it costs to run high-performance servers all over the globe. The cost of hardware alone can be through the roof. People need their salaries, you have to pay various fees and local taxes, and the amount of money required to develop apps and new features is just out of this world.

At the same time, most users receive massive discounts and a money-back guarantee to strip the providers from their earnings. Honestly, you should not complain. The reality is that you are underpaying for the vast majority of online services. It is not about VPNs only. You are paying less than you are supposed to for everything.

Amazon’s media player red stick costs less than it should. Their e-book reader also requires less than 40% than its actual market value. Netflix subscriptions barely cover the cost of their new content. All these services hope to survive long enough to start making money at some point in the future. This means that users receive top service for a meager price.

The same thing is happening right now in the VPN industry. The total majority of brands dish out a feature after feature without charging their users the amount that is required to pay for all of that stuff.

Complaining about prices in the industry is not the right way to go. The reality is that you are paying less than you are supposed to. We suggest you take a closer look at the inner workings of the industry and understand that you should be grateful for discounts that are regularly offered to you. In the end, you often don’t even have to pay with the amount of money-back guarantees and many other cool promotional deals that are so frequent in our industry!

Culpeper County: Section of Route 229 to close this week for milling, paving work

The Paramount Theater in Charlottesville will host the “Glory Days Tour 2023: Chapel Hart with Lucas Hoge” performance on Friday, March 3 at 7:30 p.m.

An Arlington County-based data analysis firm is investing $1.7 million to expand in a project that will create 150 new jobs. 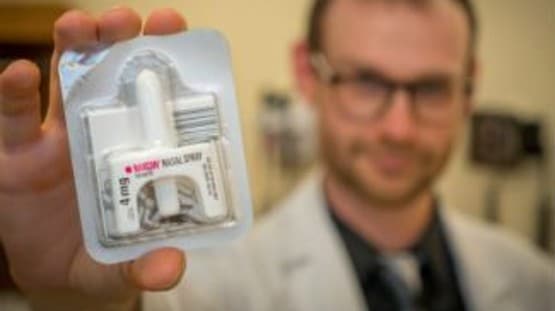