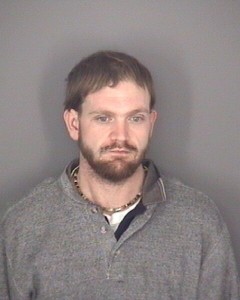 Since the August 8th search warrant at his residence at 2304 Mount Vernon Street, officers have been following up on several leads that have been furnished by local tipsters.

One of those leads took officers to a cabin owned by the McDaniel family located in the 2300 block of South Delphine Avenue.  Officers were given consent to search the property but were unable to find McDaniel.  However, they did find and seize 39 more marijuana plants, all nearly four feet tall.