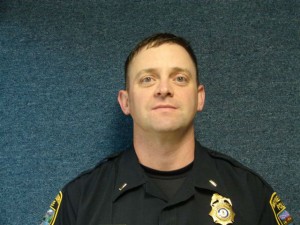 Tips and intelligence in the disappearance of Waynesboro Police Reserve Captain Kevin Quick led to an active 24 hours for the Virginia State Police and surrounding agencies with the case reaching as far as Northern Virginia and metro Richmond and five individuals now in custody with charges pending related to the investigation.

The same intelligence has also shifted the focus of the investigation, and new charges filed this afternoon, also link the case to possible gang activity.

“The investigation has gone from a disappearance investigation to a death investigation,” said Corinne Geller, a public relations manager with the Virginia State Police. The state police and Waynesboro Police Department held a joint news conference at 4:30 p.m. at Fishburne Military School, located across the street from the Waynesboro Police Department, to announce three additional arrests made Thursday night in connection with the disappearance and death of Quick, 45, of Rockfish, Va.

A male body, believed to be Quick, was found shortly before noon on Thursday in a “timbered area just inside the Goochland County line” after intelligence led police to search the area. It was not a public tip, Geller said, but intelligence gathered during the course of the investigation, that led police to the area where the body was discovered. The body has not been positively identified but was transported to the Office of the Chief Medical Examiner in Richmond for examination, autopsy and positive results.

“However, due to the time that has transpired since Kevin’s disappearance, the discovery of his vehicle and his whereabouts have not been established yet,” Geller said, the case is now a death investigation.

Thursday night, police took three more individuals into custody without incident outside a Prince William County hotel. Gert Wright (aka Halisi Uhuru), 22, of Danville, Leslie Hope Casterlow, 49, of Manassas, and Anthony D. Stokes., Jr., 31 of Manassas are being held without bond at the Henrico County Jail. Each is charged with one felony count of principal in the 2nd degree (18.2-18) and one felony count of gang participation (18.2-46.2).

“The three individuals picked up last night do have an affiliation with a criminal street gang,” said Geller. The second felony count of gang participation was filed late Friday afternoon.

In addition to the three new arrests, two other individuals are also being held without bond in the Central Virginia Regional Jail. The siblings, Mersadies Shelton, 20, and Daniel Mathis (aka Shelton), 18, both of Albemarle County, have been charged with possession of stolen property/grand larceny for the theft of Quick’s sliver 1999 Toyota 4 Runner. A third sibling, Shanta Shelton, 24, has not been charged in relation to Quick’s case, but was taken into custody in Alexandria due to unrelated outstanding warrants.

The connection between those charged in the crimes in not yet known.

State police say that additional charges and arrests are pending. More than 200 tips have been received so far. Investigators are still asking for the public’s help and encouraging anyone with information about Quick or any of those arrested in this case to call the Virginia State Police at #77 on a cell phone or at (434) 352-7128, or any one of the assisting agencies.