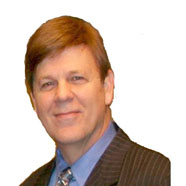 Gov. Bob McDonnell’s philosophy of “results-oriented conservatism” would greatly reduce the gridlock that has defined this Congress. David McCormick, a Republican running to be Virginia’s United States senator, has pledged to take this philosophy of governance to Washington.

David McCormick has proposed fresh, conservative solutions to our nation’s problems that will gain bi-partisan support, such as performing a complete top-to-bottom audit of the federal government. David  is a small business owner that has never held public office. He is running not as a politician, but a statesman intent on solving problems.