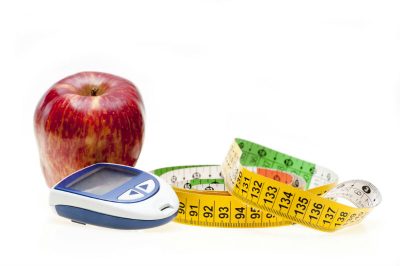 Millions of obese people across the globe have an obsession with losing weight. And they follow one mantra: whatever works. Whether it is reducing their carbs, intermittent fasting, or both of them combined; if these can help get rid of those stubborn pounds, people will try it. Do you belong to this group of people? If yes, Jack Estes DeBrabander has something to tell you.

Intermittent fasting is a highly popular trend right now. And Jack DeBrabander has shown his support even before this weight loss technique has gone mainstream. He believes that this type of fasting involves a designated eating plan. Jack, a renowned fitness trainer, says that different people require different strategies to lose weight. And if intermittent fasting works for you, don’t stop until you reach your goal.

Many people don’t understand the concept of intermittent fasting correctly. They think that they need to eat at specific hours and fast for the rest of the day. That’s not the appropriate way to follow this routine. Jack breaks this process down into two parts: one, where you consume all the calories you usually intake every day within an 8-hour period. Second, you fast for the next 16 hours. Once the 8-hour period finishes, you shouldn’t touch even a particle of food. You can only drink black coffee or water in the next 16 hours.

Jack DeBrabander, in many of his fitness videos, suggests that timely eating can lead to aggressive weight loss and lowers the risks of other diseases associated with obesity, such as type-2 diabetes, heart conditions, and cancer. Carb Control is more of a traditional diet plan that doesn’t have scientific explanations. Jack supports intermittent fasting because unlike carb control, it doesn’t limit your diet to only one food. Instead, it focuses on timely eating.

Carb control or low-carb diets can eliminate the foods you love from your daily meals. Sometimes you may have to do away with pasta or bread that you love to eat. This type of dieting forces you to change your eating habits. You may even resent this style of dieting after some time. Jack doesn’t believe in these crazy diet plans. He suggests that you should eat whatever you want but within the 8-hour period.

Whether you love pasta or bread rolls, intermittent fasting doesn’t restrict the types of food you can eat. Jack also adds that eating healthy food during this 8-hour period will increase the speed at which you lose weight. He also suggests that you should eat fruits, vegetables, and whole grains during this period as these foods make you feel full. This helps to satisfy your hunger pangs for an extended period.

Jack is one of the best fitness experts with thousands of followers who want to follow in his footsteps. If you also dream of becoming slim and muscular, start practicing intermittent fasting as suggested by Jack.