Head of Renaissance School celebrates a decade of service 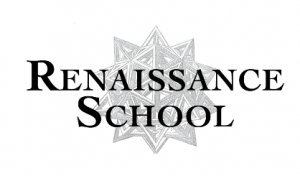 The 13 graduates were accepted by over 70 top universities with $2.5 million in scholarship offers. In the fall, Renaissance students will be starting at Columbia University in New York, the School of the Art Institute of Chicago, and Bryn Mawr (with a full ride Army ROTC scholarship), among other leading universities.

Johnson is the college counselor in addition to being the second head of school since Renaissance School’s founding in 1999.

Data from research led by Dr. Edward J. Fuller at the University of Texas indicates that the average high school principal tenure is approximately three years.

Completing her 10th year and heading into her 11th, Johnson has tripled that average and is the longest-serving high school principal in Charlottesville and Albemarle County, after David Lourie, head of St. Anne’s Belfield School, who has served for 13 years.

“We are willing to revisit what we do every summer and look at what we can do better – including things we are already doing well,” says Johnson, attributing her longevity in part to the school’s flexibility and adaptability when approaching curriculum. “We consider peer and student feedback seriously. Each year we discuss what we can strengthen, where can we find more interdisciplinary intersections, where can we give students more leadership opportunities, how we can challenge ourselves and our students. This keeps it fresh for not just for the students, but also for the faculty. Stagnation quickly causes creative thinkers to disengage, and that is as true for me as it would be for our students.”

Renaissance School is a college prep school for high ability students in the arts, sciences, and humanities, and the Niche number one high school for the arts in Virginia. In addition to significant core graduation requirements in the performing and visual arts, two years of Headmaster’s Class and two years of College Counseling are a combined required four-year series of courses.

These classes meet once a week and the goals of the program are to “increase student self-awareness, appreciation of strengths and weaknesses, goal-setting, thoughtful decision-making, perseverance and grit.”

The result of this program is that the majority of Renaissance School students are admitted to their first choice college, and the average scholarship and grant offers in recent years have been over $192,000 per student.

Three years ago Johnson developed the Road to College program for parents of 7th and 8th graders based on the success of the Renaissance School college prep process. This is offered several times in the fall and winter, free of charge, at area libraries and other locations.

Johnson, a first-generation college student, provides this workshop free of charge as a community service to encourage others to be the first in their families to pursue a university education.

Johnson was born in Louisville and graduated with honors from Indiana State University, where she earned her Bachelor of Fine Art degree with a double emphasis and a minor in art history. Ms. Johnson continued her studies at the University of Tennessee, Knoxville, where she earned a Master of Fine Art degree in the inaugural year of the Media program.

She has been at Renaissance School since 2002 when she began teaching studio art. In 2009, following the retirement of founding Head of School Patterson Cunningham, Johnson joined the School Executive Committee as head of school.