Hanger: ‘I don’t consider the current ABC operation a problem’ 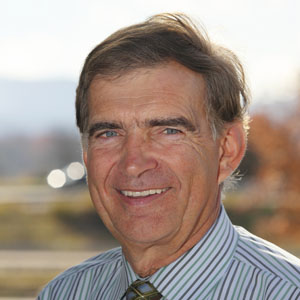 Gov. Bob McDonnell’s plan to use money from the privatization of state-run ABC stores to fund transportation-infrastructure improvements is likely to die a quiet death in the 2011 Virginia General Assembly, according to State Sen. Emmett Hanger.

“I think some of us have decided that we would sit on it a little bit, let him make his case, in all fairness to him. But there comes a point if he persists in trying to develop a strategy to get it passed, and we’re just sitting passively allowing him to do that, the debate needs to happen,” said Hanger, R-Mount Solon, who added in an interview for a feature story in the December issue of The New Dominion Magazine that he is “hopeful that we won’t spend a lot of time and energy on this in the session.”

“I think this governor has a lot of political capital right now, and I’d like to see him use that political capital to solve real problems. And I don’t consider the current ABC operation a problem,” said Hanger, who is wrapping up his fourth term in the State Senate.

Hanger is a member and former chair of the Senate Rehabilitation and Social Services Committee, which has oversight over ABC operations, and is currently the chair of the Commonwealth Competition Council, an independent advisory body that examines opportunities for privatization of services right now provided by the state.

Both bodies have looked at ABC privatization in depth. A stumbling block in the reviews: “ABC is very well run and is contributing a significant amount of money to the general fund,” Hanger said.

Buttressing that perspective: “There’s a reason we have ABC control. From a substance-abuse standpoint, there’s a valid reason for the state to be involved,” Hanger said.

Based on the reviews, “Diverting that money by saying that you’re going to sell it and then giving that money to transportation is something of a nonstarter for me,” Hanger said.

Hanger is joining with a bipartisan group of state senators calling for an increase in the state gas tax as the most sensible approach to providing new revenues for transportation improvements.

“I don’t consider myself moderate to any degree on tax policy. What I do strongly adhere to, and I think this is very conservative – you pay for things,” Hanger said. “And we have a real need now to pay for our transportation infrastructure. And a gas tax is a user fee, in my opinion. Tolls are a user fee. In my opinion, we should adjust our gas tax and our user fees, tolls, to pay for the infrastructure that we need rather than creating things to avoid it.”

Virginia has not made any adjustments to its gas tax since setting the current 17.5-cent rate in 1986. In the intervening nearly quarter-century, increased fuel efficiency in vehicles has effectively reduced the spending power of the dollars that the tax can raise.

“Instead of getting 10 miles to the gallon, people get 30 miles to the gallon, still traveling the same amount of lane miles. It makes rational sense that you’d have to increase the fuel tax in order to compensate on a cents-per-gallon basis,” Hanger said. “If we had leadership that was basically saying that, rather than, We’ve got plenty of money, we’re just misallocating it, then people would understand that. There would be a political consensus that you could take care of that problem. We haven’t been there.”

Where we have been instead is having former governor Tim Kaine pushing the notion that the state needs to put its transportation dollars into a lockbox, which Hanger termed “soundbite politics,” and McDonnell playing politics with the finding in an audit report that the Virginia Department of Transportation is sitting on more than a billion in unspent road funds.

“The spin that’s been put out on that, I can’t allow that to stand. We’d all be stupid if we had a billion dollars laying around and didn’t realize it,” said Hanger, adding that the actual amount of unspent monies is closer to half a billion dollars, and was left there because the state used money from the federal stimulus to go toward shovel-ready transportation projects. “It wasn’t lost money. It was accumulated there in tight times from a conservative posture of not spending your last dollar,” Hanger said.