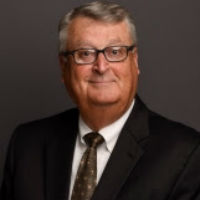 Dr. Gregory T. DeCinque has been appointed interim president at Thomas Nelson Community College following the retirement of its current president at the beginning of January.

DeCinque has presided over four different community colleges throughout his 46-year career in higher education. He spent nearly 20 years as the president of Jamestown Community College in New York before retiring in August 2013. He was the acting president of Tunxis Community-Technical College, in Farmington, CT, for more than a year beginning in August 1992.

Dr. John Dever is retiring after serving as the college’s president since 2011.

“Greg DeCinque is a respected and seasoned community college leader,” said Glenn DuBois, the chancellor of Virginia’s Community Colleges. “I expect him to continue many of the vital, structural reforms underway to ensure Thomas Nelson is prepared to serve students across the Virginia Peninsula and be the workforce training partner that the region’s businesses need to succeed moving forward. The relationships Greg has made throughout Hampton Roads, while working across the water, will serve both Thomas Nelson’s larger efforts underway to align the region’s economic development and training needs.”

“I’m extremely honored that Dr. DuBois has offered me an opportunity to continue working with Virginia’s Community Colleges and specifically Thomas Nelson Community College,” said DeCinque. “Hampton Roads is a region on the rise and its community colleges play a big role in that. My wife, Laura, and I look forward to getting to better know the members of the Thomas Nelson community and to work with stakeholders inside and outside the college to ensure the institution is meeting the needs of the individuals, families, and businesses that are depending on it.”

The search for a permanent president for TNCC will begin shortly after the new year and is expected to take seven to nine months.

Founded in 1968, TNCC is an accredited, two-year institution of higher education established as a part of a statewide system of community colleges. The college primarily serves the residents of the cities of Hampton, Newport News, Poquoson, and Williamsburg, and the counties of James City and York. In the 2018-2019 academic year, TNCC served 11,588 students in credit instruction, making it the fifth largest college within the Virginia Community College System in terms of headcount.