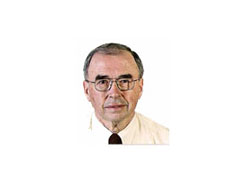 Over the years this columnist has been bombarded with requests to explain politics in Washington. Both regular readers have asked what the difference is between Republicans and Democrats up in Disneyland East. (Our third reader was more interested in the social differences between Lexington and Buena Vista, but we decided not to tackle that one.)

It is easy to explain politics. That is, if you read newspapers. Newspapers keep you informed. Especially the comic pages. That is where I found the answer to our burning question. The answer is in “Peanuts.”

If you are a regular reader of the late Charles M. Schultz’s comic strip (the most popular strip of all time), you understand our two fun loving, money grabbing, political parties. You understand those two completely undisciplined childish groups which love to play tug-of-war along the banks of the Potomac. When one side loses playing their costly war games, it goes home while the other is left standing to do all the spending.

But back to Mr. Schultz. He knew the human condition. He expressed it through his comic strip characters. Here they are in pure partisan terms.

We all know Charlie Brown. He is an everyday, sincere, hard working fellow. But he can’t seem to get ahead with the girls. He trusts others, even when others don’t trust him. All he wants is to be loved. Nothing seems to work out right for Charlie. Even during those few times he wins at anything, he loses. Like most of us, he has not figured out life – nor politics. Mr. Brown is a Republican.

Of course, there is Lucy, Lucy van Pelt. With that name we know where Lucy stands. She is a member of the elite governing class. Lucy is smart. Just ask her. She doesn’t care if people like her or not, she just wants to get her way. For all we know she may be the Speaker of the House of Representatives. She knows how to play the great game of politics. It is all about intimidation. Ms. Lucy is a Democrat.

To prove our point, Lucy keeps telling Charlie that she won’t pull away the football when he runs to try to kick it. And we know what happens every time. Lucy pulls it away and Charlie falls flat on his back. That is why Republicans never seem to learn the knack of governing. They don’t like government. However, them Dems do. Lucy and company know the game. They play to win. Charlie, the GOP, plays to be loved. He doesn’t know that life is a political football.

Let’s move on to the other Peanuts characters. First the Democrats, the party of government, then the Republicans, the loyal opposition.

There is Linus van Pelt, Lucy’s brother. Linus and Charlie demonstrate that members of opposite parties can be good friends. Rerun van Pelt is Linus’ younger brother. The elite van Pelt family votes together as a family block. At one time, before the 1970s, they were all Republicans. There is Franklin. He is an African-American. There is a 90% chance that he, too, is a Democrat. Marcie is a Dem, so are the majority of female voters. Yes, Virginia, there is a gender gap. A very active Democrat is Pig Pen. He always wants someone else to clean up the mess he leaves behind. Of course, I must not overlook the strip’s greatest Democrat, the never seen Great Pumpkin. Today he has been replaced by the Tooth Fairy.

My favorite Republican is Snoopy, Charlie Brown’s dog and therefore one who leans right, especially at critical times when mother nature calls. Snoopy has two alter egos. One is Joe Cool. Joe wears sunglasses so as not to be blinded by the truth. The other is a World War I flying ace, a true rugged individualist who fiercely protects his Social Security and Medicare cards. His flying nemesis, the Red Baron, aka the Democratic Party, is full of holes, but never gets shot down. Charlie Brown’s sister, Sally, votes the way her big brother tells her. This seems to be the only thing that makes Charlie happy. And there is Frieda, who doesn’t vote with most of the other girls. She is also the only player on C. Brown’s baseball team who refuses to wear a cap.

I am not sure about Woodstock, Peppermint Patty and Schroeder. Let’s list them as Independents. But let’s not worry about the bird. PP always swings with the majority. And Schroeder may be a closet conservative because Beethoven voted the “right way” when he lived in Germany.

There you have it. Peanuts politics. Which character are you?