The Queen of England loves to have winners at Royal Ascot – it’s her favourite horse racing fixture of the year, while with this being her Platinum Jubilee year, if Queen Elizabeth II does bag her 25th Royal Ascot winner this week, the roar might even be heard here in America! She’s got several horses entred over the five-day meeting, so let’s take a look at where her famous racing silks might be running.

Below, you’ll find the best sports betting sites available to US citizens, along with what they have to offer for horse racing.

This improving sprinter will have a fair chance of adding another Royal Ascot win to the Queen’s CV. Last seen winning the Group Two Temple Stakes at Haydock in May, he’ll need to improve on that as this is a step up to the highest level, but at 5 years-old is still young for a sprinter.

Therefore, it would be no shock to see more improvement in this Andrew Balding-trained speedster, while he’s tasted the ‘hustle and bustle’ of Royal Ascot in the past when 7th in the King’s Stand 12 months ago – only beaten 3 3/4 lengths – plus also went onto run a close third in the Wokingham Stakes here just 4 days later.

He’s also entered in the Platinum Jubilee on the Saturday, but some horses in the past have even taken in both Royal Ascot races in the same year.

This Royal runner has only raced three times, but got the hang of things last time when breaking her duck at Newbury in a maiden over 1m4f.
She landed that race by a head, but ran on gamely on her first try over that 1m4f trip to suggest there is more in the locker.

If running here in this Group Two, she’ll clearly need to step up again but she looks an improving middle-distance filly and also hails from a leading yard so could rate a fair outsider. Trainer, William Haggas won the Ribblesdale back in 2006 with Mont Etoile.

She’s also entered though in Wednesday’s Queen’s Vase, which is run over the longer trip of 1m6f. The way she stayed on well last time over 1m4f suggests she’ll be worth a try over the longer trip and being lightly-raced should have more to come – could be an interesting Royal runner in this race if it’s her preferred option.

Was a leading fancy for the Epsom Derby earlier in the season but suffered a training setback and missed the race.

Came back recently at Sandown in the Listed Heron Stakes, but clearly needed the run that day having drifted in the betting and was finally beaten 1 1/4 lengths by the Haggas-trained My Prospero.

Prior to this season, this well-bred Sea The Stars colt ended last season with a Group Three win at Sandown in the Solario Stakes and was a decent runner-up in the Champagne Stakes at Doncaster.

The big unknown will be the step up in trip to 1m4f, if running here in the King Edward VI Stakes – the furthest he’s gone before is a mile.

However, being out of a Epsom Derby winner there is every chance he’ll improve again for the longer distance and it’s no secret that connections like him and will no doubt improve a bundle for that return run at Sandown.

His preferred target might be the Hampton Court Stakes on the Thursday (16th June – which looks the easier race as the royal trainers looks for the best way to try and get The Queen a Royal Ascot winner in her Platinum Jubilee year.

Note: Odds are subject to change 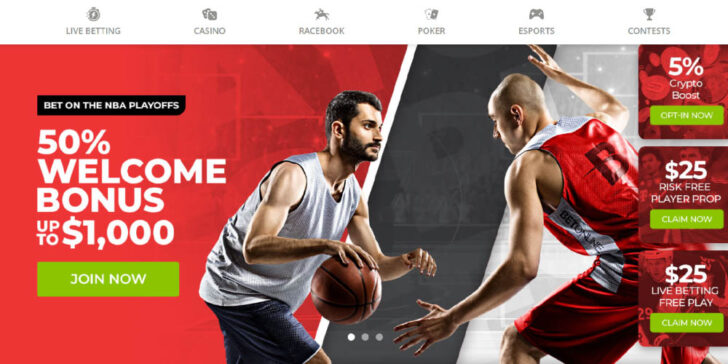 How Many Royal Ascot Winners Has The Queen Had Before?

Then, in more current times – Tactical, won the Windsor Castle Stakes in 2020, while another notable winner in the Royal colours was Estimate (watch again below), who landed the 2013 Ascot Gold Cup.

Dunfermline: Won the Epsom Oaks, when ridden by Willie Carson and trained by Dick Hern, and the St Leger in the same season. (watch Dunfermline winning the 1977 Oaks below)

Aureole: Her Majesty’s only winner of the race that is named after her parents: the King George VI and Queen Elizabeth Stakes. Over the year’s, she’s also had had four runners-up in the race.

Doutelle:  Among Doutelle’s wins over a cracking career was his victory in the 1958 Ormonde Stakes – he beat the classy Ballymoss, subsequently winner of the Eclipse, King George and Arc.

Height Of Fashion: The Queen sold this horse to Sheikh Hamdan – soon after Height Of Fashion became a broodmare of the highest quality. Her son was the 1989 Epsom Derby winner Nashwan, she also has family ties to the Japanese sire sensation Deep Impact and the more recent champion miler Baaeed.

Highclere: Named after Highclere Castle – the home of the Queen’s racing manager at the time, Lord Carnarvon. Another dual Classic winner for the Queen – winning the 1000 Guineas in 1974 and later won the Prix de Diane that same season. Highclere was a great granddaughter of Feola, who was the Royal Studs’ most prolific broodmare in the 20th Century.

Below, you’ll find the best sports betting sites available to US citizens, along with what they have to offer for horse racing.

Horse racing and sports betting tipster and journalist that uses key trends and stats to find winners and new betting angles for readers. Andy Newton has leading industry contacts, including with some of the best horse racing stables. Has written for GeeGeez and was also the former sports betting editor of odds comparison site Easyodds and JuiceStorm. Has appeared on betting podcasts for MatchBook, plus he has featured in the popular Weatherbys Cheltenham Festival Guide, ghost written for former top jockey Richard Dunwoody and has a monthly column in the Racing Ahead horse racing magazine. Now a regular on AugustaFree Press, giving his views, trends, tips mainly on US horse racing, NFL and soccer, plus specializes in long form SEO sports betting content for news, tips and all things betting on any sport. If there's a stat to be explored and it's a sport, including Basketball for the Basketball Insiders site or NFL for TheSportDaily, he will find a betting avenue.

View all posts by Andy Newton

Chainlink Price Prediction – can LINK Stay Green or should you buy MEMAG instead?

Cronos Crypto News – Will this Coin Continue to Pump Deeper into 2023 Q1?