It will happen: UVA will upset #7 UCLA 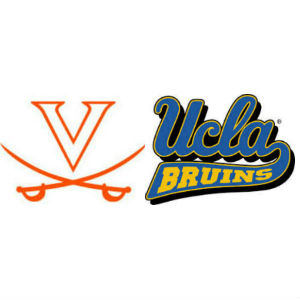 Is this clickbait? Am I trolling you? Maybe. But I also believe it. UVA will upset #7 UCLA in their 2014 college football season opener on Saturday.

It’s definitely more of a hunch on my part than anything else, though that probably goes without saying. The oddsmakers have installed the Bruins, coming off a 10-win season in 2013 under third-year coach Jim Mora, as a 22-point favorite, despite or maybe taking into account the cross-country travel preceding a noon Eastern, 9 a.m. Pacific kickoff in Charlottesville.

Virginia is coming off a two-win campaign in 2013, losing its last nine, explaining why there is almost zero optimism from the home fan base, which will nonetheless come out in big numbers, though that may be as much to see UCLA as it is to see the guys in orange and blue.

I can’t blame fans for already looking ahead to basketball season. It has been so long since UVA football was any kind of relevant on the national stage that the idea that Virginia ever was a player nationally is anathema. Back in 2004, Week 9, the ‘Hoos hosted a good Miami team in Charlottesville in November with a 7-1 record and Top 10 national ranking. That’s 10 years ago; Facebook was in its infancy, Twitter was yet to be, as was YouTube. Miami converted a late third-and-short and held on for the win, and Virginia football fell into a death spiral from there, with just three winning seasons since.

The reason for my optimism heading into 2014, generally, and this Saturday, specifically: abject stupidity. That, and faith in metrics. I ran numbers based on the last four years of recruiting rankings from Rivals and 247Sports, and from those rankings comes the revelation that Virginia has the fourth- or fifth-best accumulation of talent in the 14-team ACC, and within shouting distance of mighty UCLA coming into the opener.

Factoring in experience, UVA gets a slight edge, with the bulk of UCLA’s talent being in its first- and second-year classes.

Brett Hundley, UCLA’s Heisman Trophy-candidate quarterback, is an obvious difference-maker, but is also a known quantity after his breakout 2013 season, while UCLA is going to have to guess what UVA is going to do on offense with its new starting quarterback, highly-touted 2012 recruit Greyson Lambert.

Virginia has a talented, top-tier ACC roster, with experience, a stud quarterback, and coordinators across the board in year two on the job, systems in place, players knowledgeable about what is expected of them, and with absolutely no one outside of Bryant Hall or this column space expecting them to do anything other than lay a giant egg on national TV.

UCLA, for its part, doesn’t expect the game to be anything more than a tuneup for what more than a few analysts think could be a sleeper run to the four-team national college football playoff at the end of the year.

What happens, then, when the team that is a three-touchdown ‘dog is in the game at the half, into the third quarter, at the start of the fourth quarter? It’s hot, humid, it’s early in the day, too early for the Left Coasters, and this Virginia team that got its doors blown off last year this time by Oregon from the Pac 12 is right there with them. The playoff berth, the Heisman, it’s all on the line in a one-play game against Virginia in August? Seriously?

UVA, on its sideline, is playing with house money. The looser team, with talent, with depth, with home-field advantage, with grit that comes with playing for the job of the guy who recruited you, has more wind at its back.

We’ll all know by 3:15 p.m. Eastern Saturday afternoon just how plain dumb I am, and some of you are thinking it will come a lot sooner than that. But for the record, I’m not guilty of drinking any Kool-Aid; I’m the one who put the sugar in the pitcher and started stirring it around, and thinking that you’ll be joining me in an oversweetened Red Solo cup of it here pretty soon.