Down by 15 at the half, Norfolk State came roaring back against North Carolina A&T on Thursday afternoon at the Corbett Sports Center. But just when it seemed NSU was ready to pull off a stunner, the Aggies had one last gasp.

The William & Mary men’s basketball team closed out its Jamaican trip with a perfect 3-0 record following a 71-47 win over the Minto 79ers.

The William & Mary men’s basketball team is set to take off on its international trip to Jamaica on Saturday morning.

An impressive opening round boosted George Mason golfer Eric Edwards to a strong finish at a U.S. Amateur sectional qualifier.

When Bridget O’Donnell arrived at George Mason three years ago, playing professional basketball couldn’t have been further from her mind.

George Mason rising junior guard Jaire Grayer grew up with no shortage of basketball mentors in his hometown of Flint, Michigan. 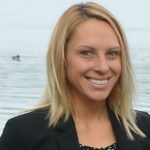 Bridgewater College AD Curt Kendall announced the hiring of Sarah Gaffney as the new coach for the women’s basketball program.

Richmond used a 13-point run to open the fourth quarter and secure a 69-63 victory over the Swords Thunder in exhibition action.

George Mason will head to Southwest Florida for Thanksgiving break in November to participate in the 2016 Gulf Coast Showcase.

The Atlantic 10 Conference has approved an extension for the Richmond Coliseum to host the 2017 and 2018 A-10 Women’s Basketball Championships.

Biebs can ball? Um, no

Justin Bieber desperately wants to convince us that The Biebs can play basketball. You can tell how desperate when you watch this video.

Former Richmond forward Justin Harper has signed a contract with the Detroit Pistons. Harper averaged 14.8 points per game in the NBA D-League this season.

Toughness and fight were on display from Richmond on Saturday as the Spiders earned their third straight victory with a 71-67 home victory over Fordham.

EMU has played in some classic basketball games over the past week, and Tuesday night at Randolph-Macon was no different.

Fishburne Military School added an away game to its basketball schedule, but it’s not all that far away, in the sense of awayness.