What factors predict an economic recession? 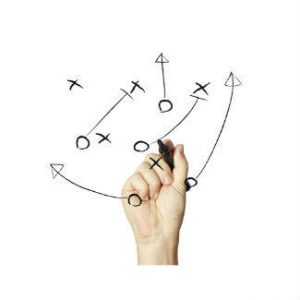 There are many factors that can lead you to think that a recession is coming.

Some of these factors are the gross domestic product growth, the unemployment rate, as well as the yield curve, which predicts economic growth based on the government’s debt.

Analysts have looked at charts over the previous months and years to see what the rate of economic growth is.

These are signs that a recession may be coming soon.

Analysts are beginning to see the following:

The last factor — the yield curve — is particularly important when it comes to predicting a recession.

The yield curve is significant when it comes to investing in bonds over three-month, two-year, five-year, 10-year, and 30-year terms.

The yield will tend to be higher over the long-term. This is because more things could go wrong, and that’s when investing becomes riskier.

When the yield curve becomes inverted, this means that the shorter-term yields will become higher.

When the shorter-term yields become higher, this means that people don’t have much confidence in bonds in the long run. This means that there is less demand.

The government will then need to borrow more money so they increase it in the short term. In the end, this pushes the country more into debt. This can therefore act as a signal that a recession could be coming soon.

If you’re old enough, you might just remember one of the most distressing economic events in recent history.

This became known as Black Monday.

The Dow Jones industrial Average plunged and lost 508 points. Yes, that’s 22.6%. This was, by far, the largest drop in a single trading day.

Not only did the Dow Jones suffer. The S&P 500 and Wilshire 5000 also plummeted. So did 23 other major markets around the world. The ripple effect was devastating. Over $1.7 trillion dollars was wiped clean in a blink.

Japan and New Zealand, in particular, were thrown into a prolonged recession that they struggled for years to climb their way out of. The experience was a bitter one.

Yet, as terrible as Black Monday was, it was later eclipsed by an even bigger calamity.

In 2007, the sub-prime mortgage market in the United States started buckling under the weight of low interest rates and risky lending. Housing prices peaked. Homeowners were borrowing against own properties in an attempt to profit.

This bubble was unsustainable, and sure enough, it soon popped. Mortgage defaults happened on a frightening scale. Banks soon ran out of liquidity. A full-blown crash loomed. Panic ensued, hitting the markets with all the force of a hurricane.

The United States government had no choice but to intervene directly. They approved wide-ranging bailouts as part of a $787 billion stimulus package meant to stabilise the economy.

They called this event the Great Financial Crisis — the worst economic disaster since the Great Depression in the 1930s.

Hindsight, as they say, is always 20/20. Could we have spotted the warning signs? Could we have anticipated Black Monday or the Great Financial Crisis?

When analysts look back at any recession in history, they tend to see two things:

While this is happening, the valuations of companies on the stock market tend to climb to excessive levels. They go well above the price-to-earnings ratio of 20.

Interestingly enough, this stock-price bubble is not matched by forecasted earnings. In fact, earnings are usually predicted to be lower than what the investor confidence would imply.

This mismatch between investor confidence and actual earnings serve as a warning sign.

It could be a disaster waiting to happen.

What Happens During a Recession?

Recession is a dreaded word that strikes fear in the hearts of many.

Here is what usually happens:

In a recession, the revenue of companies tends to deteriorate.

As a result, they will cut back on costs by laying off staff and lowering wages. If the situation gets bad enough, some businesses will fail completely. This creates an ugly cycle, resulting in even more jobs being lost.

The value of assets will also tend to fall considerably. This is because of less demand. Generally, people will have less money, and they will be trying to cut back on day-to-day costs.

The stock market will fall. This is because companies will not be making as much through the recession. This includes well-established businesses like retailers and manufacturers.

House prices will decline. This is because people are unemployed. They won’t be able to afford their mortgages. Some might even defaulted on their payments, which causes the banks to also lose money in the long-run.

All of this has a domino effect on the GDP, creating a fair amount of anxiety and pain.

How Difficult Is It to Predict an Economic Recession?

You already have some useful tools that you can look out for if you’re trying to spot a recession. But are you searching for even more exclusive insider knowledge?

Wealth Morning provides daily news about the global economy. You might find this useful if you’re looking to keep up to date with what’s happening around the world. You might even gain useful skills that will allow you to anticipate when a recession is coming.

But bear in mind: no one has a crystal ball. If everyone knew exactly when and where a recession was about to hit, we would all be wealthy.

For now, though, all we can only do is speculate by staying up to date by reading as much as we can about the latest trends happening in the global economy.

The next recession might just strike tomorrow, or next month, or even next year.

The key is to be watchful and prepared!