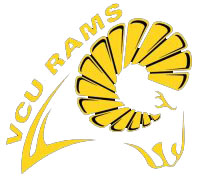 Benedict, who has served as executive associate athletic director since 2010, will replace Norwood Teague, who has accepted the position of Director of Athletics for the University of Minnesota.

“I am confident in David’s leadership to advance the VCU athletics program,” said VCU President Michael Rao. “David knows our people and our programs. He and the coaches, administrators and student athletes form a strong team that is committed to achieving the highest levels of academic and athletic success.”

Rao said that he will appoint a committee this week to conduct an aggressive national search to fill the athletics director position on a full-time basis. He also said that he will name an advisory group consisting of coaches, student athletes, administrators, alumni, members of the community and Board of Visitors members to assist the search committee in the recruitment and consideration of candidates for the position.

“I thank Norwood for his outstanding contributions to VCU and wish him the best at Minnesota,” Rao said. “VCU’s athletics program is in a strong position to attract a talented and motivated athletic director who will move the program to even greater national prominence.”

In his current position at VCU, Benedict’s responsibilities touch on all aspects of the athletics department, including student-athlete welfare and sport supervision. He also brings a long history of successful fundraising campaigns to the Rams athletics department as head of VCU Athletics’ development operations and previously as  lead developer for businesses and universities in Arizona and California.

Benedict was associate athletic director of development at Arizona State University and the executive director of ASU’s fundraising arm, the Sun Angel Foundation. He also served as senior associate athletic director for external relations at Long Beach State University and worked in the private sector as senior vice president for the Scottsdale Health Care Foundation.

As a standout football player at Southern Utah University, Benedict graduated with a Bachelor’s degree in physical education. He also holds a master’s degree in sports management from New Mexico Highlands University.