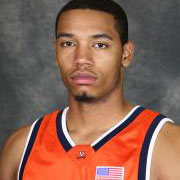 Another night without Mike Scott, another wrenching performance, but Virginia also got another win.

“We have a ways to go, but it was a nice little performance,” said UVa. coach Tony Bennett after the Cavs’ 64-50 win over LSU Sunday night.

An 18-3 second-half run turned a one-point LSU lead into a 14-point Virginia lead at 46-32 with 10:37 to go. A 10-2 Tigers run made it a six-point game at the six-minute mark, then Will Sherrill took over. The 6-9 senior, in his second game back from a broken right fibula suffered in November, hit a pair of threes on back-to-back Virginia possessions to extend the lead to 11, and UVa. led by double figures the rest of the way.

The news after the game regarding Scott, the team’s leading scorer (15.9 points per game) and leading rebounder (10.2 rebounds per game) was not good. Bennett said Scott had another MRI on his injured ankle and that Scott may have to undergo another surgery.

“We are still gathering information, taking a look at it and seeing how it feels, but after he had the surgery and reinjured it a second time, they took a second look. I can’t tell you what that means because I don’t (know). I guess we are back to square one in essence. We’re talking about it and trying to figure out the best way to proceed. It was certainly disappointing to hear,” Bennett said.