The National Football League announced today that tackle Trent Williams has been selected to the 2015 Pro Bowl. The annual contest of the NFL’s best will take place Sunday, Jan. 25, 2015, at University of Phoenix Stadium in Glendale, Ariz.

The ACC announced the 2014 Class of Legends for its 10th Annual Dr Pepper Football Championship Game, which will be played in Charlotte, N.C. on December 6.

The Virginia Sports Hall of Fame will be making a stop in Staunton for its annual Virginia Tour Golf Tournament. This year’s tournament will be held at the Club at Ironwood in Staunton, Virginia on Thursday, June 12.

UVa. offensive lineman Morgan Moses talks with the media about his selection in the third round of the 2014 NFL Draft by the Washington Redskins. 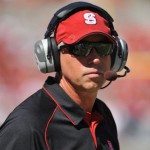 Virginia head football coach Mike London announced today the hiring of Mike Archer as a defensive assistant coach. Archer returns to Virginia after spending the 1991 and 1992 seasons at UVa as the linebackers coach on George Welsh’s staff. 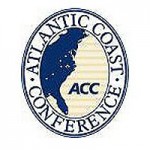 Atlantic Coast Conference schools had 16 of their former players chosen for this year’s National Football League Pro Bowl Wednesday evening in the initial selections to the prestigious NFL all-star game.