As members of the Virginia’s House of Delegates prepare to hear an anti-LGBT bill, 134,000 All Out members globally including 40,000 in the USA and 7,000 in Virginia have spoken out against the proposed legislation.

That the political winds are pushing Republicans is obvious not only to the Fox News-glued set. UVA politics professor Larry Sabato calls it the sixth-year itch; a second-term president, a lame-duck from the moment he is re-elected, historically struggles in his second midterm elections.

Bishop E.W. Jackson is warning pastors and churches not to be complacent about the U.S. Supreme Court’s refusal to take up the same sex marriage issue.

Libertarian U.S. Senate candidate Robert Sarvis made the following statement following the announcement Monday by the United State Supreme Court that it would not review pending decisions by lower courts regarding same-sex marriage.

The Supreme Court of the United States on Monday denied review in all of the freedom to marry cases pending before it. As a result of the Court’s action, same-sex couples in Virginia will now be able to marry the partners they love and married same sex-couples will be able to have their marriages recognized in Virginia.

The US Supreme Court has left the scene of a “hit and run” it caused by letting stand the decision of two federal Appeals judges striking down Virginia’s voter-approved Marriage Amendment.

Today, U.S. Senator Tim Kaine released the following statement on the Supreme Court’s decision not to review same-sex marriage cases in Virginia and four other states, clearing the way for same-sex marriages to begin taking place in the Commonwealth.

Today the Supreme Court denied review of five cases seeking the freedom to marry, leaving standing marriage victories in several federal circuits and opening the door to the freedom to marry in many more states, while deferring for another day the national resolution that Freedom to Marry, businesses, elected officials, and families across the country had urged now.

The U.S. Supreme Court, in a surprise move, denied review Monday to five rulings from lower federal courts in cases involving gay marriage, leaving standing marriage equality victories in several federal circuits and opening the door to the freedom to marry for LGBT couples in many more states.

Angry white men on the right

I have been thinking about the anger of many white men, and why they’ve lent the force of that anger to the political right.

In response to U.S. Supreme Court decision to stay the marriage ruling of the 4th Circuit Court of Appeals, the following can be attributed to James Parrish, executive director of Equality Virginia:

As announced earlier this week, Attorney General Mark Herring has filed a petition for a writ of certiorari in the Supreme Court of the United States asking the Court to review the district and appeals court’s decisions striking down Virginia’s same-sex marriage ban as unconstitutional.

There are many arguments of sound reason for marriage only between one man and one woman. They have been articulated over and over and today pro-family organizations will again state those arguments. 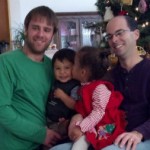 We live in a very conservative part of Virginia so we knew there was the possibility that two gay men raising children would raise some eyebrows. It has, but overall it’s been okay.

You can’t negotiate a truce with a guy like Karl Rove, and you can’t make peace with him, either, by endlessly parsing his words. So how do you neutralize him? By playing his game.

Rally for Marriage Equality in Richmond on Tuesday

Hundreds of Virginians are expected to convene outside the courthouse in Richmond on Tuesday to show their support for marriage equality in Virginia.

You may be weak-spined, depending on the perspective, but since you’re not Congress, you’re not capable of violating anybody’s First Amendment rights.

Virginia’s policy of requiring married lesbian and gay couples to file their state income tax returns as “individuals” is not only burdensome and confusing, but also discriminatory toward married gay and lesbian couples while also hurting businesses.

Stone Cold Steve Austin on gay marriage: He supports it

When you see a headline promising you details on Stone Cold Steve Austin and his position on gay marriage, you don’t expect to read about how he supports it. But that is the case, as Austin revealed on his podcast this week.

Extending marriage to lesbian and gay couples in Virginia would generate up to $60 million in spending to the state economy according to a report released today by the Williams Institute at the UCLA School of Law.

Virginia voters support medical marijuana by an overwhelming 84 – 13 percent, but support for recreational marijuana is divided, with a large generation gap and a smaller gender gap, according to a Quinnipiac University poll released today.

Recent polls show record-levels of support for the freedom to marry. This surge in support is only possible due to a major shift in Republican attitudes on gay marriage.

U.S. Sen. Tim Kaine joined more than 175 Senators and Representatives to write a letter to President Barack Obama calling on him to issue an executive order banning contractors from receiving federal government contracts unless they have a policy prohibiting discrimination based on sexual orientation and gender identity.

On Saturday, April 5, Equality Virginia will recognize the 2014 class of OUTstanding Virginians – those who represent Virginia’s lesbian, gay, bisexual, and transgender community with distinction and who are committed to moving the LGBT community forward.

Appeals court allows Virginia marriage cases to be heard together

The U.S. Court of Appeals for the Fourth Circuit granted on Monday a motion to intervene in Bostic v. Rainey that had been filed by Lambda Legal and the American Civil Liberties Union of Virginia on behalf of a class of all Virginia’s same-sex couples simultaneously challenging the state’s marriage ban in its own case, Harris v. Rainey.