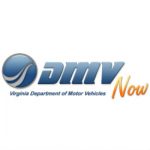 Virginians may now be able to order a replacement Social Security card online, thanks to a partnership between the Virginia Department of Motor Vehicles (DMV) and the Social Security Administration.

The Virginia DMV, in partnership with the Virginia Department of Health’s (VDH) Division of Vital Records, recently sold the 500,000th Virginia birth certificate at DMV.

Governor Terry McAuliffe today announced that Virginia death, marriage and divorce certificates are now available at all DMV customer service centers and DMV 2 Go mobile customer service centers, as an expansion of the partnership between the Virginia Department of Motor Vehicles (DMV) and the Virginia Department of Health (VDH)’s Division of Vital Records.

Governor Terry McAuliffe announced the appointment of Ellen Marie Hess as the new commissioner for the Virginia Employment Commission.

ACLU: Lack of photo ID should not prevent you from being able to vote

The ACLU of Virginia is encouraging all registered voters to visit the polls this Election Day (Tuesday, November 4) and cast a ballot, even if they lack photo ID.

Daylight Saving Time ended this weekend, and while an extra hour of weekend sleep is nice, drowsy driving becomes a significant threat to motorists as their evening commute will take place in darkness.

ACLU of Virginia to monitor polls on Election Day

The ACLU of Virginia will be monitoring the polls this Election Day to ensure that all Virginians who are registered to vote are able to exercise their right, freely and without hindrance.

Most deer-related crashes in Virginia occur in fall

More deer-related crashes in Virginia occur in the fall than any other season, and the Virginia Department of Motor Vehicles (DMV) and AAA are urging drivers to stay alert.

The Virginia Department of Elections has received numerous inquiries today regarding a news story that incorrectly stated the number of individuals without a Virginia DMV-issued photo ID.