Attorney General Mark Herring encourages eligible Virginians to register to vote and encourages all Virginians to confirm their registration and prepare any documentation needed to comply with Virginia’s new photo ID requirements.

AAA Travel projects nearly one million (964,305) Virginians will journey 50 miles or more from home during the Labor Day holiday weekend, the highest volume for the holiday since 2008 and a very slight increase of 0.5% over 2013.

Governor Terry McAuliffe and Attorney General Mark R. Herring announced Wednesday that the Commonwealth of Virginia has reached an agreement with transportation network companies Uber and Lyft that will help ensure the safety of passengers, bring the companies into compliance with Virginia law, provide transparency into their operations, and promote a level playing field for transportation providers.

Governor Terry McAuliffe announced on Friday that Virginia’s re-incarceration rate has dropped to 22.8 percent, the state’s lowest rate on record.

From Charlottesville to North Carolina, state troopers, police officers and sheriff’s deputies will be stepping up enforcement as part of the nationwide Drive to Save Lives ongoing traffic safety campaign.

The number of female motorcycle riders in the nation and in Virginia has soured in the past decade while crash fatalities, at least in Virginia, are thankfully going the other way. Could it be that lady riders are safer?

Even if you can recognize only the cognates across the languages, you already know Cinco de Mayo is fun in any language, especially if you take precautions to avoid the hazards of drinking and driving. 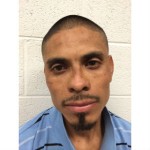 AAA: More than one-third of traffic deaths on St. Patrick’s Day are alcohol-related

St. Patrick’s Day is well known as a day to celebrate by eating and drinking with friends and family. However AAA Mid-Atlantic warns it is also one of the deadliest days on the roadways as 34 percent of motor vehicle fatalities on this day were connected to drunk driving, according to 2011 data provided by The National Highway Traffic Safety Administration (NHTSA).